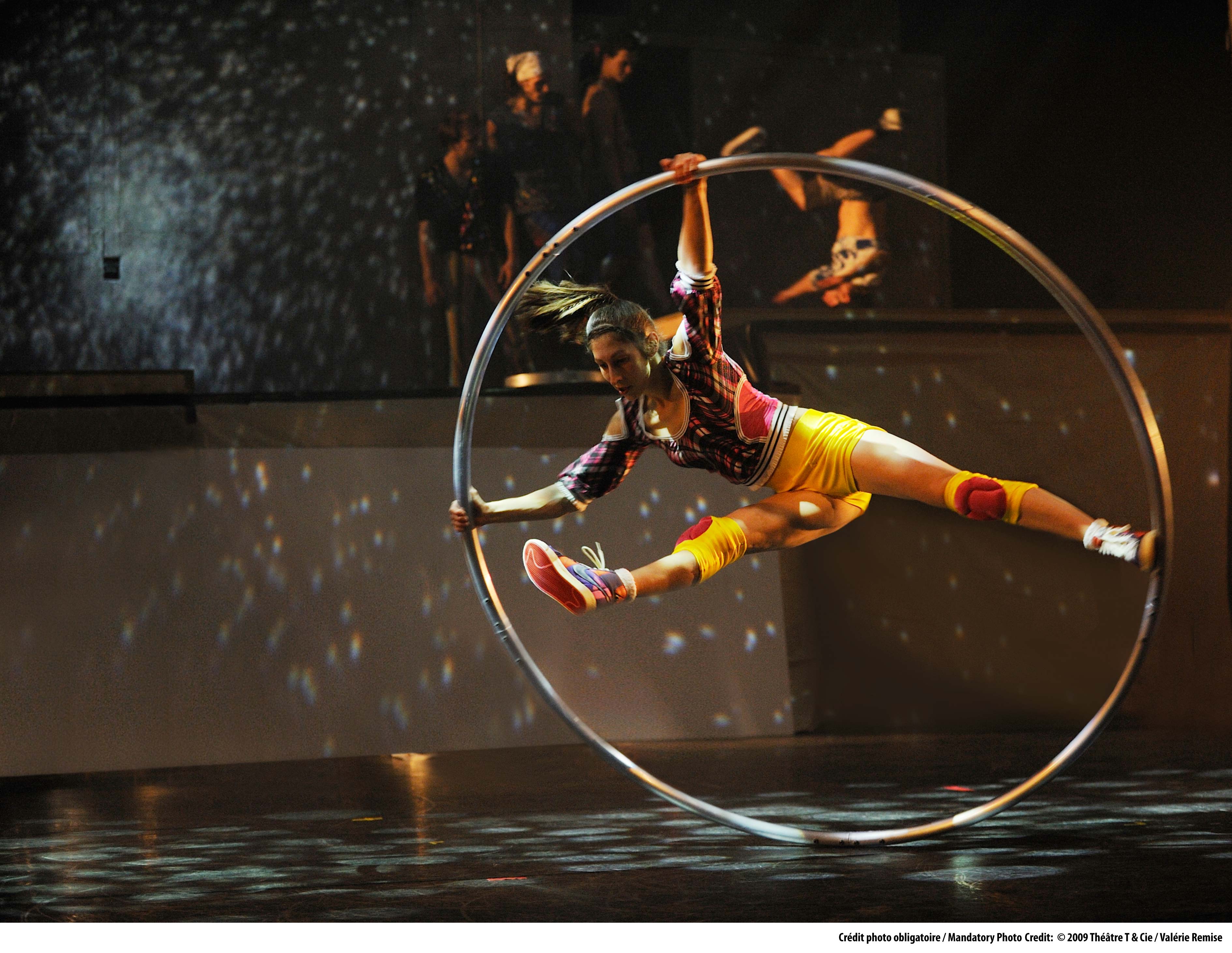 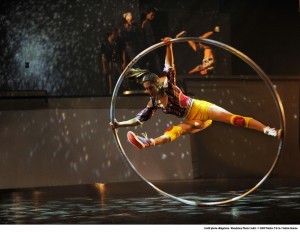 Cirque Éloize iD is directed by Jeannot Painchaud, who cofounded Cirque Éloize in Montreal in 1993. The eighth original creation from the company, iD has delighted audiences in more than 85 cities in 25 countries since it debuted in 2009. The touring show, however, is making its first stops in the United States in 2015.

An astonishing modern circus with dance, rock music, video projections and performers who have perfected the many disciplines of circus entertainment, iD transports audiences to a vibrant urban streetscape in the heart of a city. It’s a public space where people seek refuge, shed their anonymity, forge an identity and express individuality. Acrobats, break dancers and contortionists perform against a kaleidoscope of eye-popping video projections as the show builds to a stunning finale on its one-of-a-kind video trampowall.

Fifteen artists from six countries perform 12 circus disciplines and dance to create iD’s urban universe; the diverse mix is in keeping with Cirque Éloize’s tradition of using multidisciplinary performers of many nationalities.

“Cirque Éloize iD is one of those shows that truly captivates audiences,” said Rich Baker, Starlight president and CEO Rich Baker. “Although it’s different than most of the theatrical shows we bring to Starlight, I know audience members will be immediately caught up in the energy, artistry and talent of this production.”

Cirque Éloize has performed live theatrical shows for audiences in more than 440 cities worldwide during the past 20-plus years. It counts 10 original creations in its portfolio of productions.

Discount prices for groups of 15 or more are available by contacting group sales coordinator Staci Shute at 816.997.1137 or staci.shute@kcstarlight.com.

About Starlight Theatre Starlight Theatre, winner of the 2013 Venue Excellence Award from the International Association of Venue Managers (IAVM), is the largest and oldest performing arts organization in Kansas City and the second-largest outdoor producing theatre in the country. Opened as a theater in 1950 and as a not-for- profit organization in 1951, Starlight presents and produces Broadway musicals and concerts. It also offers extensive community outreach and educational programming, including classes, scholarships and Starlight’s Blue Star Awards, one of the largest high school musical theatre award programs in the nation.