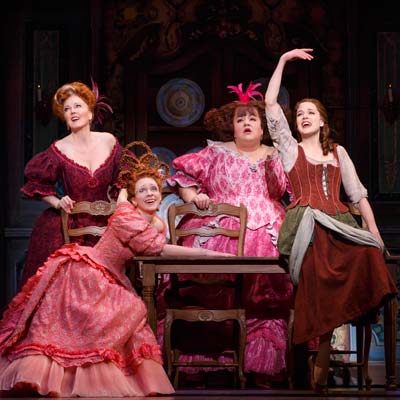 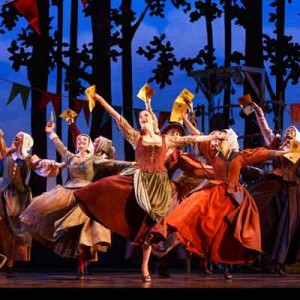 Glass slippers are so back! Rodgers & Hammerstein’s Cinderella, the 2013 Tony® Award-winning Broadway musical from the creators of South Pacific and The Sound of Music, is ready to captivate Starlight audiences July 7-12. The national touring production of this classic fairy tale enchants with its magical costume transformations, stunning orchestration and contemporary take on the story.

One of Richard Rodgers and Oscar Hammerstein II’s most popular titles, Cinderella was actually written for television, debuting in 1957 with a young Julie Andrews in the title role. In 2013, the show made its long-overdue Broadway debut. Along with Cinderella, Rodgers and Hammerstein’s legendary musicals include Oklahoma!, Carousel, The King and I, South Pacific and The Sound of Music.

Before the production each night, Starlight guests will also enjoy a pre-show family event, the “Fairy Tale Festival.” The festival, which runs from 6 to 7:45 p.m., will include fun activities including face painting, crafts, games, storytelling and more. Also, to give back to the Kansas City community, guests are encouraged to bring a new or gently used pair of children’s shoes to donate to Operation Breakthrough as part of Starlight’s “If the Shoe Doesn’t Fit, Bring It!” philanthropic effort.

Audiences can expect humor and romance as this tour of Rodgers + Hammerstein’s Cinderella combines the story’s classic moment with some surprising new twists. More than just a pretty face with the right shoe size, Cinderella is a spirited young woman with savvy and soul. Cinderella fights for her own dreams and helps the prince open his eyes to the world around him and realize his dreams, too. She doesn’t let rags or ball gowns trip up her quest for kindness, compassion and forgiveness.

“I think Starlight audiences will be amazed by this new and modernized take on the classic tale of Cinderella,” Starlight president and CEO Rich Baker said. “No matter their age, they will reclaim their childhood wonder when they see the magic evolve in this beloved production.”

Douglas Carter’s new  book for Cinderella masterfully blends with the musical’s cherished score with favorite songs including “In My Own Little Corner,” “Impossible/It’s Possible,” “Ten Minutes Ago” and “Do I Love You Because You’re Beautiful?”

Direct from playing the role on Broadway, actress Paige Faure has taken her glass slippers on the road as she continues in the title role for the tour. Ready to sweep Cinderella off her feet, Andy Huntington Jones plays the role of Prince Topher. The touring cast also features a Kansas City connection as Overland Park native and 2005 Blue Valley High School graduate Kaitlyn Davidson stars as Gabrielle, Cinderella’s “misunderstood” stepsister.

Discount prices for groups of 15 or more are available by contacting group sales coordinator Staci Shute at 816.997.1137 or staci.shute@kcstarlight.com.