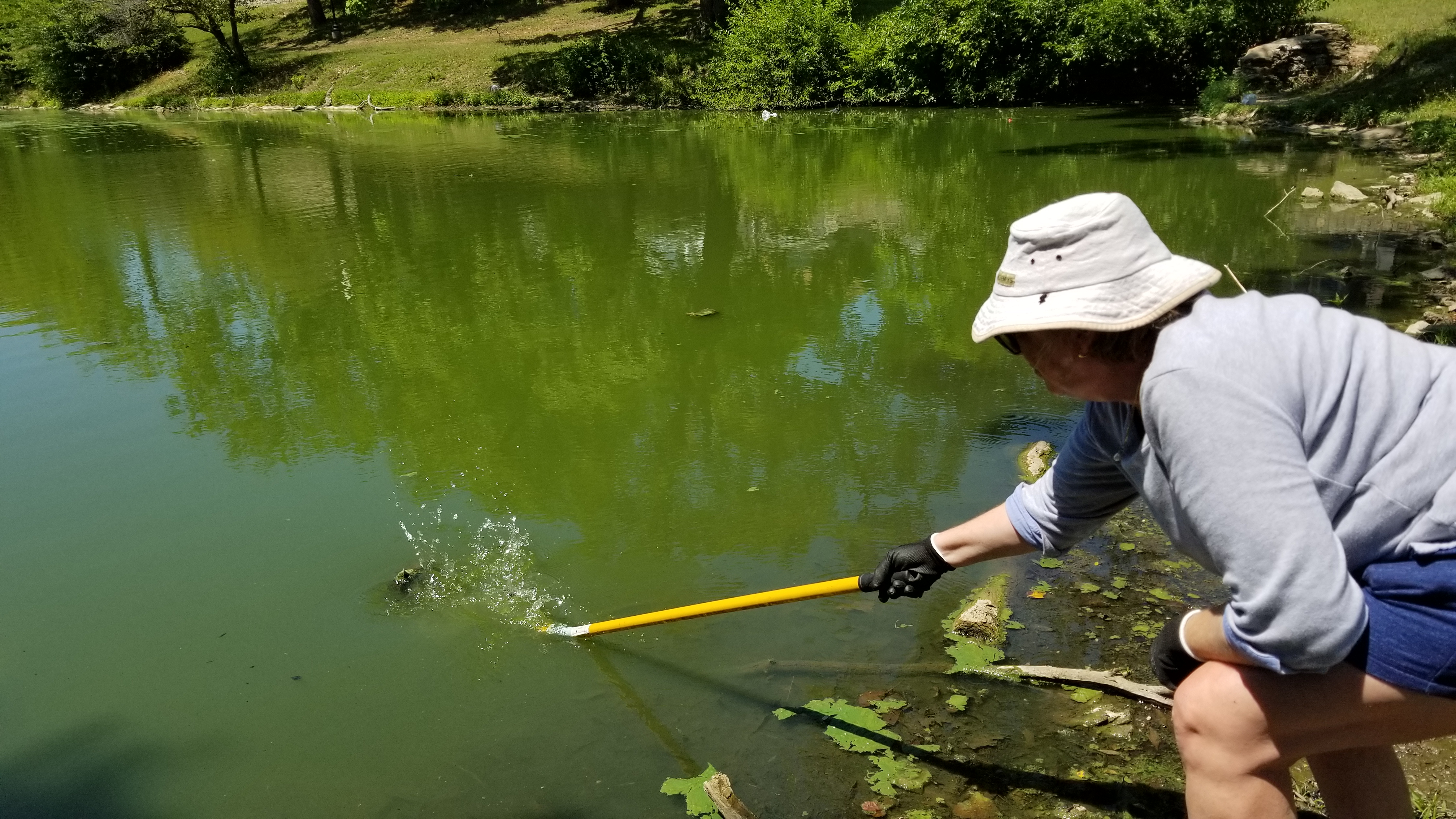 Troost Lake is an urban oasis just south of downtown Kansas City, Missouri, bordered by one of the city’s famed boulevards, The Paseo, and one of its storied jazz thoroughfares, Vine Street.

Yet this 3.5-acre plot of green space is not immune to illegal dumping and litter.

So on one Saturday morning in early July, as the city was well on its way toward a steamy afternoon, an empty-nester mother from the Northland, an illustrator from Brookside, and a retired U.S. postal worker from South Kansas City were on the banks of the lake with trash bags,

Regulars at the lake since the spring, they are some of the most committed volunteers now serving Kansas City Parks and Recreation through its Ambassador Program.

Within months of forming in February 2020, the program counted about three dozen members who had already donated thousands of dollars worth of volunteer hours by picking up trash and clearing weeds in several parks.

Ambassadors also saved the city a substantial sum in overtime pay by cleaning up firework debris left in parks by residents after the Fourth of July. Some of the ambassadors live over the state line in Kansas, seeing a greater opportunity to make an impact in the city.

A native of Kansas City, who grew up around Wornall Road and Gregory Boulevard, Bass’s life has taken her on boats of all kinds in Missouri and beyond. So perhaps it was natural that she would shift her volunteer attention to Troost Lake after first starting at a park near the Country Club Plaza.

“Once my kids got finished with school,” Bass said, “I realized, ‘You need to figure out who it is you have become in these past 26 years,’ and this is who I am.”

DeWitt is an Ohio native whose career brought him to Kansas City. He lives near the University of Missouri-Kansas City, and started picking up trash on his own along the trolley trail.

He learned about the cleanups at Troost Lake on social media, and quickly became an ambassador recruit.

“We have a lot of big issues in our country, the world,” DeWitt said, “and sometimes you just feel very helpless, so this is a very actionable thing that I can do.”

Lee grew up not too far north of Troost Lake, attending public schools. He was drafted as an infrantryman into the U.S. Army in 1967, but a fluke accident got him sent home from Vietnam after four months.

Whether it was getting sent home from the war early, or mostly avoiding dogs during his long career as a letter carrier, Lee considers himself blessed. Volunteering is a way for him to give back, and it fits his can-do attitude.

Complaining from the sidelines doesn’t do anybody any good. “The opportunity to get on the field and do something is there,” Lee said.