An American in Paris will Enchant Starlight Audiences July 11-16 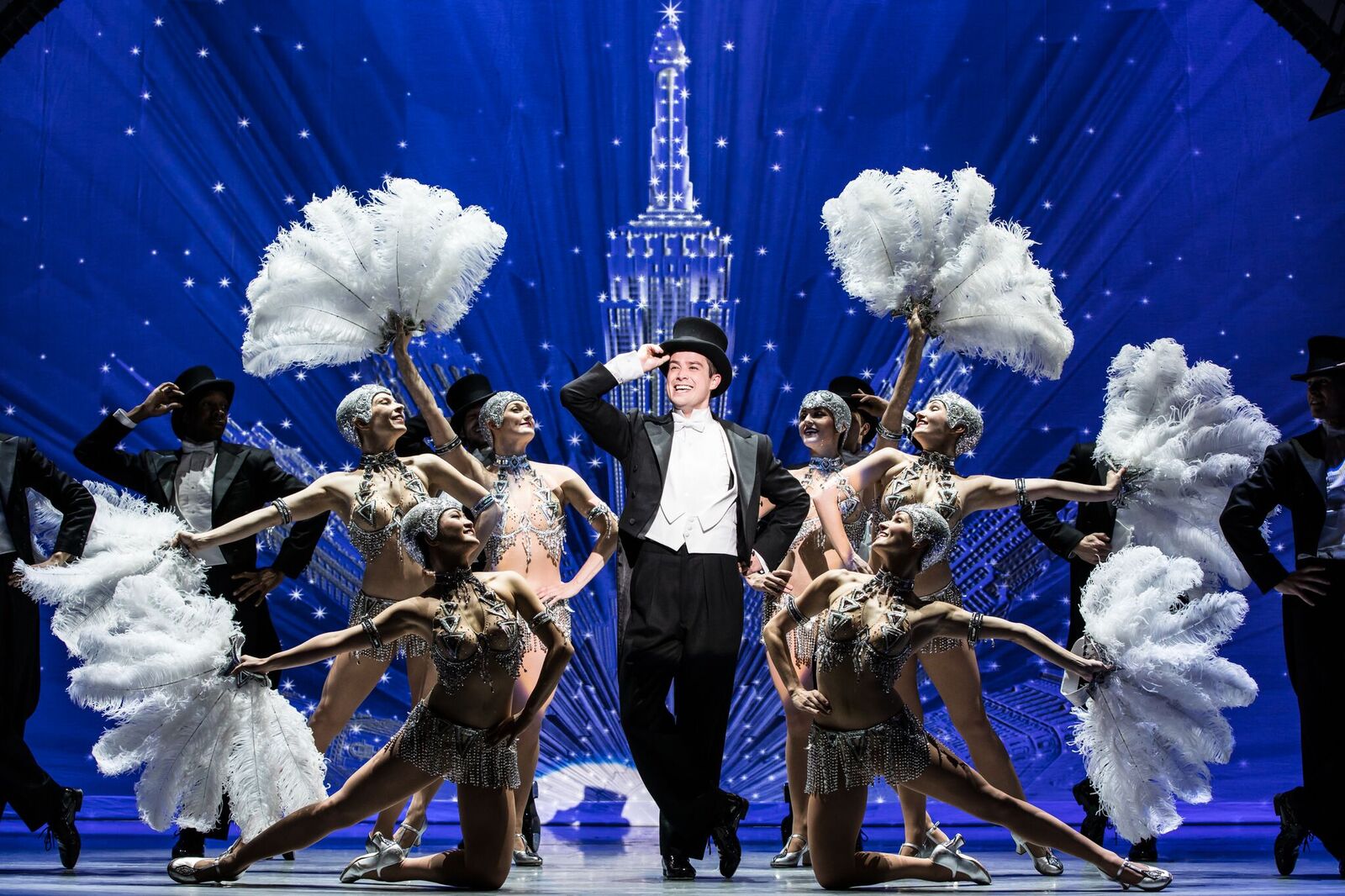 An American in Paris, the most-awarded new musical of 2015 and winner of four Tony® Awards, will make its Kansas City debut at Starlight Theatre on July 11-16. The national touring production is the fourth show of Starlight’s 67th Broadway season and one of three brand-new musicals taking the Starlight stage this summer.

Inspired by the Academy-Award winning film, An American in Paris is the romantic story of an American soldier, a mysterious French girl and an indomitable European city, each yearning for a new beginning in the aftermath of war. Directed and choreographed by 2015 Tony Award winner Christopher Wheeldon, the musical features the music and lyrics of brothers George and Ira Gershwin and a book by Craig Lucas.

In a post-World War II Paris, American soldier Jerry Mulligan is awestruck by the beautiful ballerina Lise, triggering his decision to stay in the city and explore his passion for painting. From that magical moment, Jerry becomes engulfed in a whirlwind of new experiences, friendships and romances.

“Between the old-fashioned Parisian charm and the modern reimagining of a classic film onstage, An American in Paris provides audiences with the best of both worlds,” said Rich Baker, Starlight President and CEO. “Young or old, musical buff or not, everyone will find something to love in this show.”

An American in Paris opened to widespread critical acclaim at the Palace Theatre on Broadway in April 2015 after its world premiere at the Théâtre du Châtelet in Paris. The New York production closed in October 2016 after playing more than 600 performances.  A West End production of An American in Paris opened in March 2017 at the Dominion Theatre.

Press, The Hollywood Reporter, and The Pittsburgh Post-Gazette. The Masterworks Broadway Original Broadway Cast recording of An American in Paris was nominated for the Best Musical Theater Album Grammy Award.

Discount prices for groups of 10 or more are available. For information about group pricing, contact group sales coordinator Camille Sumrall at 816.997.1137 or groups@kcstarlight.com.

For more information about the show, visit www.AnAmericanInParisBroadway.com.

About Starlight Theatre
Starlight Theatre, a recent winner of the Venue Excellence Award from the International Association of Venue Managers (IAVM), is the largest and oldest performing arts organization in Kansas City and the second-largest outdoor producing theatre in the country. Opened as a theater in 1950 and as a not-for-profit organization in 1951, Starlight presents and produces Broadway musicals and concerts. It also offers extensive community outreach and educational programming, including classes, scholarships and Starlight’s Blue Star Awards, one of the largest high school musical theatre award programs in the nation. Located on 16 acres in Swope Park, Starlight’s venue includes rehearsal halls, gift store, club area for dining, concessions, gardens, fountains and a 10-story, climate-controlled stage. For more information, visit www.kcstarlight.com.