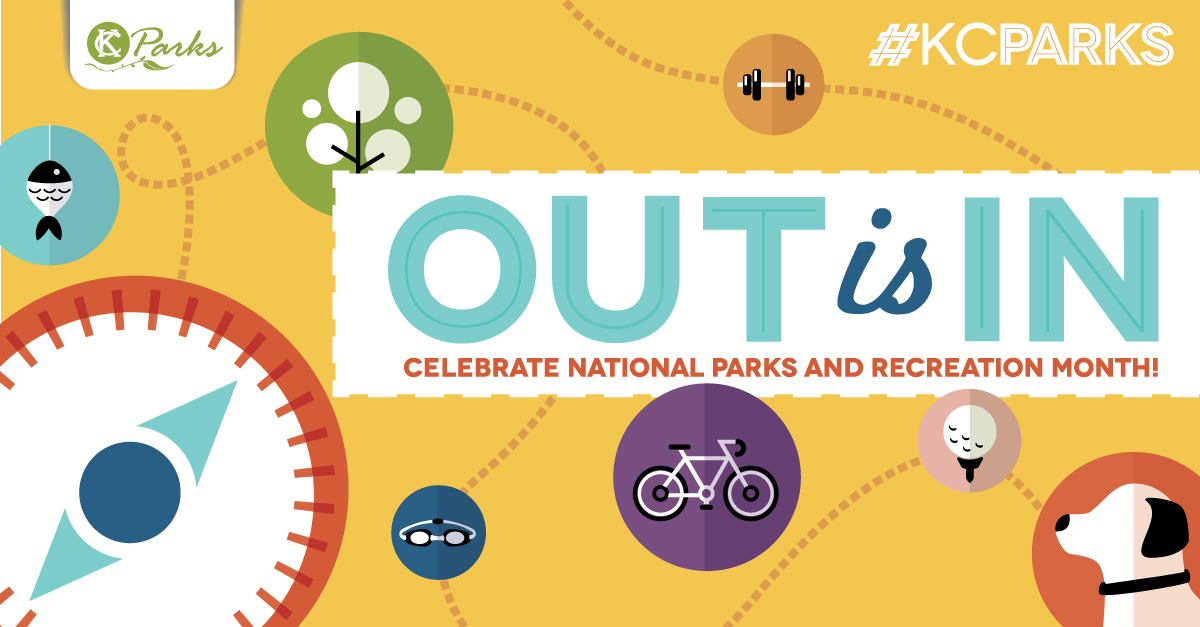 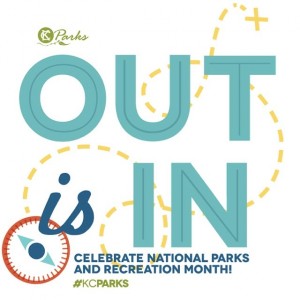 Going OUT is IN this July: Month-long celebration highlights value of parks and recreation for local communities.

Nearly three in 10 U.S. adults do not spend time outside on a daily basis and of those who do, almost half spend less than 30 minutes in the fresh air according to a new survey released by the National Recreation and Park Association (NRPA). That’s why this July, Kansas City Parks and Recreation and the NRPA are challenging everyone to get out and visit their community parks and facilities and participate in recreational activities during National Park and Recreation Month.

This year’s theme, “OUT is IN,” encourages individuals, families, friends and coworkers to do something outside everyday that they would normally do inside. From picnicking in the park instead of sitting inside at a table to sending an email or even holding a meeting outside, there are small ways you can make going OUT part of your daily routine.

To highlight this month long celebration, Kansas City Parks and Recreation will once again feature its nationally recognized “Park It Forward” social media campaign. For each day of National Parks and Recreation Month a corresponding “OUTING” will be announced suggesting a KC Parks-centric activity or facility. Each morning an outing will be posted to KC Parks social media (Facebook, Instagram and Twitter). In the afternoon, a team of Parks and Recreation staff and summer interns will surprise random individuals around the city with a variety of prizes consistent with the day’s theme. The recipients will have their picture taken on the spot and that image will be shared and hashtagged with #ParkItForward, #KCParks and #JulyOUTisIN. Posts will be a clear visual representation of Parks and Recreation Month – and all that KC Parks has to offer.

About Kansas City Parks and Recreation
Kansas City, Missouri Parks and Recreation provides facilities, programs and recreational opportunities for the community that contributes to an aesthetically pleasing environment and enhanced quality of life. The department operates and maintains close to 12,000 acres of parkland including 220 parks, 135 miles of boulevards and parkways, 48 fountains, 87 ornamental structures, 10 community centers, 27 lakes, 100+ miles of trails and bikeways, 105 tennis courts, five golf courses and four museums.