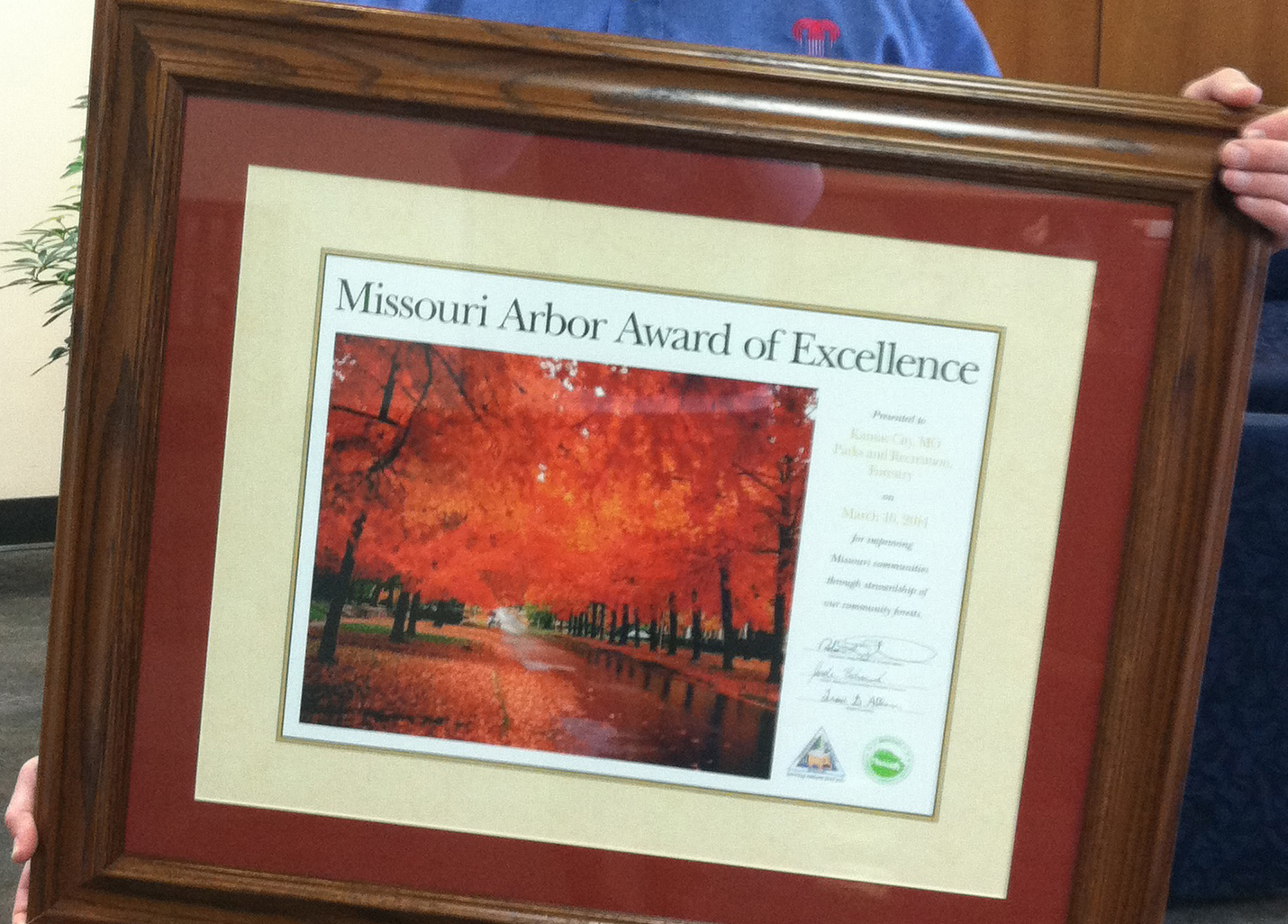 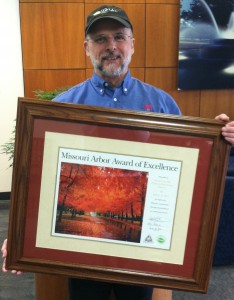 This prestigious, annual award recognizes projects that demonstrate a sustained overall effort to care for trees and people who act as good stewards for trees in communities. Kansas City was the only municipality in Missouri to receive this honor.

“We received the award for our proactive work managing and abating the emerald ash borer pest in Kansas City,” said City Forester Kevin LaPointe. “This achievement was made possible thanks to the support of the city manager and City Council.”

The emerald ash borer was first detected in Kansas City in July 2012. The insect, which has infested trees throughout the nation, is not a threat to human or animal health but poses a risk to the region’s 6 million ash trees.

The Forestry Division created an Emerald Ash Borer Management Program in 2012 to proactively treat and dispose of trees suspected to be infected with emerald ash borer. A replacement tree is planted for each tree removed. The program preserves a number of Ash trees by treating them every three years against emerald ash borer infestation. Staff also creates “trap trees” by stressing specific Ash trees that are not good candidates for treatment, and replacing each Ash tree removed with a variety of other tree species. The main purpose of trap trees is to monitor the spread of emerald ash borer and the population density. As the population builds in an area, thousands of Ash trees begin dying at the same time.