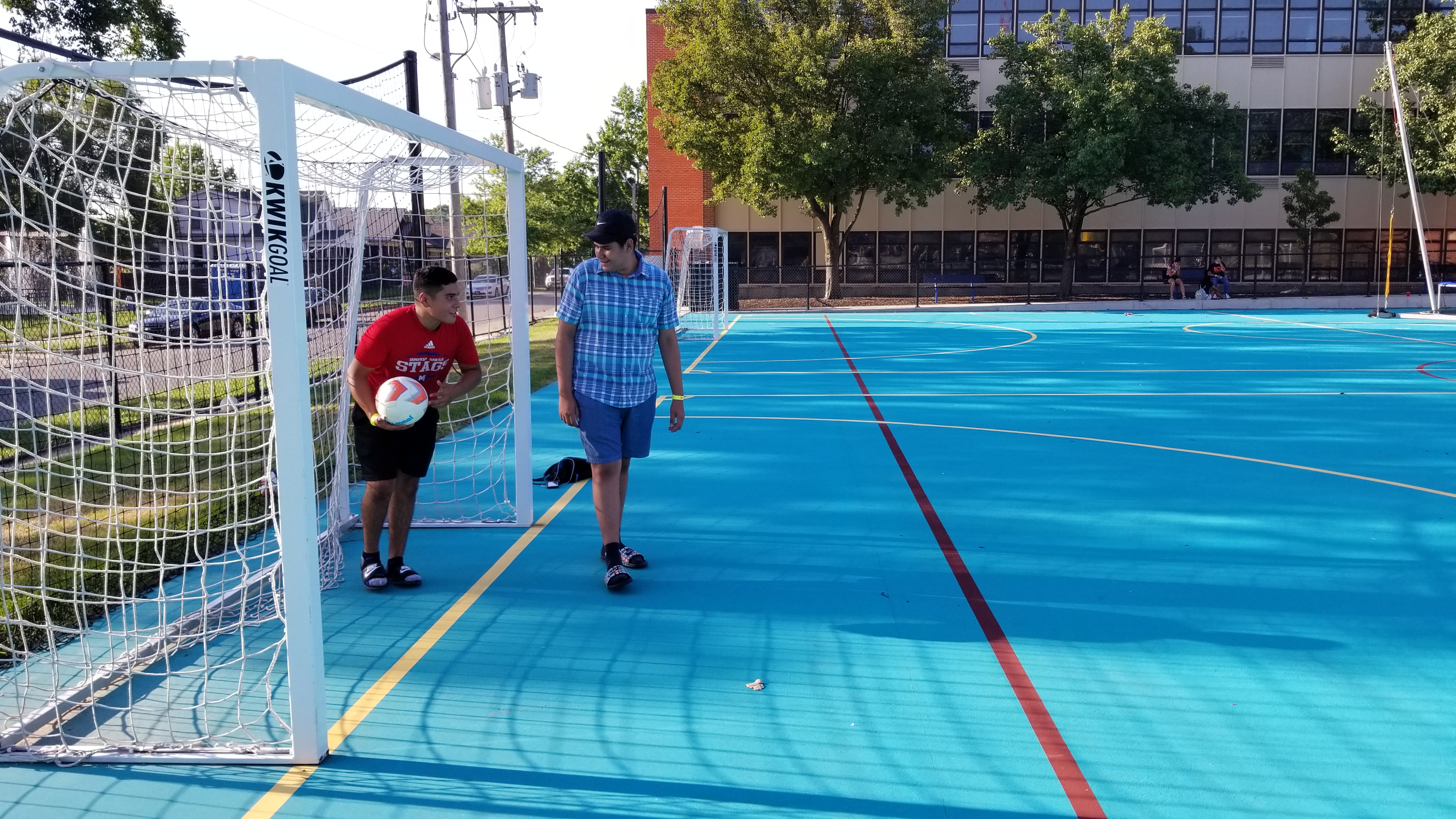 It was more than an hour before the D.J. was set to begin, but Belleview Avenue on the West Side of Kansas City, Missouri, was already alive with youngsters hanging in groups, shooting hoops, playing soccer, and lining up at the concession stand.

After five months of COVID-19 restrictions, the kids and their parents were grateful for the fun, safe summer outlet for youths provided by Club KC.

Kansas City Parks and Recreation runs the free Friday evening program in conjunction with community partners at sites around the city. This early July evening was opening night at the Guadalupe Centers campus along 26th Street.

Parent Christine Palacio was dropping off her son, Demetrius Elliott, 13, and Destiny Elliott, 11.

The event, she said, lets kids hang with their friends and just be themselves in a well-supervised environment. Her kids agreed that the best part was simply spending time with friends.

Club KC was even more welcome this year, Palacio said, after the kids had been cooped up all spring to remain safe from the virus. “Here, they’ll get to dance and not just be in front of an electronic. You know, stimulate their mind a little bit — talk to people.”

In a normal year, Club KC would’ve begun about a month earlier. The one on the West Side typically draws about 200 kids, but social distancing limited capacity this year.

At Guadalupe Centers COVID precautions meant installation of extra hand-sanitizing stations, mask requirements all around, and a check-in station where staff took the temperature of each attendee.

“It’s kind of a learning curve for all of us,” Olivares said. “We are trying to do the best we can to keep these kids as safe as possible.”

He added, “It is a blessing to be able to provide a little bit of something for these kids.”

For a trio of boys, that “something” was playing soccer on a hard court outside the middle school. The players were Emilio Ojeda, 15, Juan Ramon, 13, and Esai Rojas, 16.

Esai was in goal for a while. Then, it was Ramon’s turn, as the boy’s decided to change the rules and whip it toward the goal.