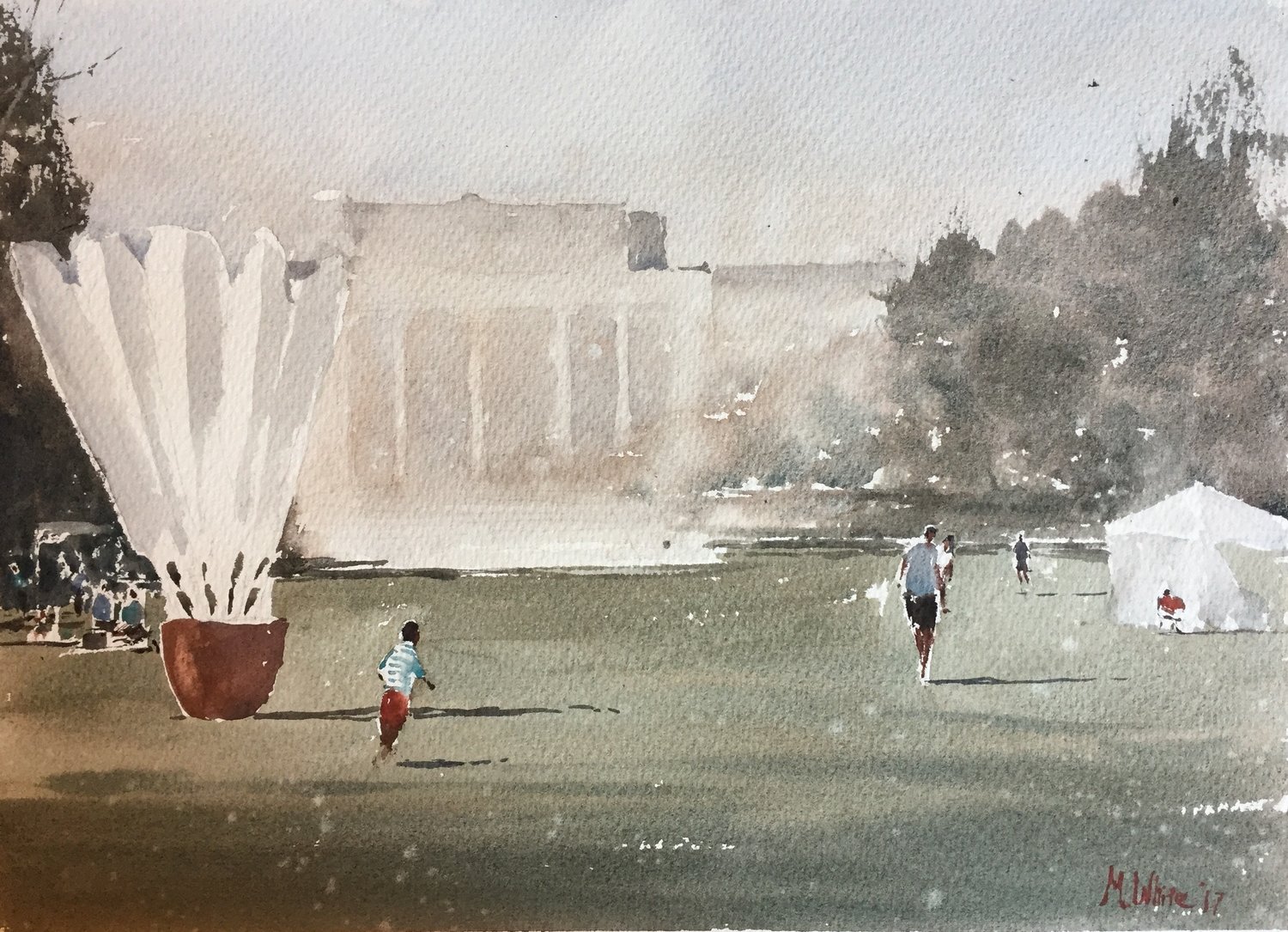 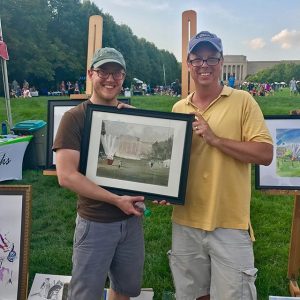 Kansas City’s 2017 Big Picnic was held July 23 at the Nelson-Atkins Museum of Art, and for the second year in a row, DRAW Architecture + Urban Design sponsored the Plein Air Quick Paint competition presented by Kansas City Parks and Recreation. We love contributing to this event. It is truly inspiring to see what artists can accomplish in a couple hours. Twenty-five artists participated this year, employing a wide variety of media including watercolor, acrylic, pastel, graphite and ink–with some creative souls stretching the boundary to include less-conventional materials such as beeswax, aluminum foil and seeds.

Dan Maginn, DRAW principal, served as the juror this year, and told the gathered crowd at the award gathering that DRAW was interested in rewarding the work that best “captured the spirit of the day” with the $500 prize. So what was the day like? The Big Picnic was a riot of Kansas City creativity, with funky music and food carts and pickleball courts and big insect puppets roaming around amazing the kids. It was four hours of frisbee and snow cones and picnic blankets and bright blue sky. It was a couple thousand people gathering as a single, inspired community in one of the best backyards on the planet.

Dan kicked off the two-hour art session by blowing his industrial-grade compressed air horn at 5 o’clock. Words cannot express how loud this horn is, or how surprised peoples faces are (even after being forewarned) when it is blown. Two hours later, after more forewarning, the horn was sounded again, marking the end of the competition. After reviewing the 25 submitted works, Dan mentioned to the artists that he could have easily awarded five first-place awards, and that each of the submitted works had merit. But in the end, a winner had to be chosen, and Matt White was the artist who, at least in our minds, best captured the spirit of the day. His watercolor was filled with the singular energy of that hot Sunday afternoon. The place he depicted (the south lawn of the Nelson-Atkins) is clearly recognizable, but his work went beyond visual depiction, to tap into a remarkable sense of “sunday-afternoon-ness.”

The piece is now located at the DRAW office in the Crossroads, along with last year’s winner. The DRAWers love how the piece is full of energy, but captures the particular laziness and mystery that makes Sunday afternoons different from other times of the week.