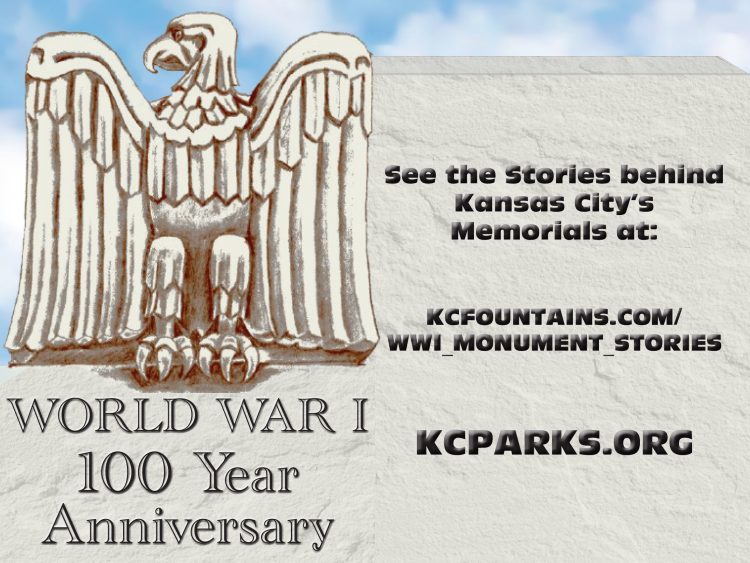 KC Parks and the City of Fountains Foundation are celebrating the 100th anniversary of the end of the war by placing temporary markers at many  of the local monuments and memorials dedicated to the fallen and veterans of the “war to end all wars”. On September 12, officials will gather to place the first marker near the plaque that recognizes William Bland, who was killed in action on September 12, 1918.