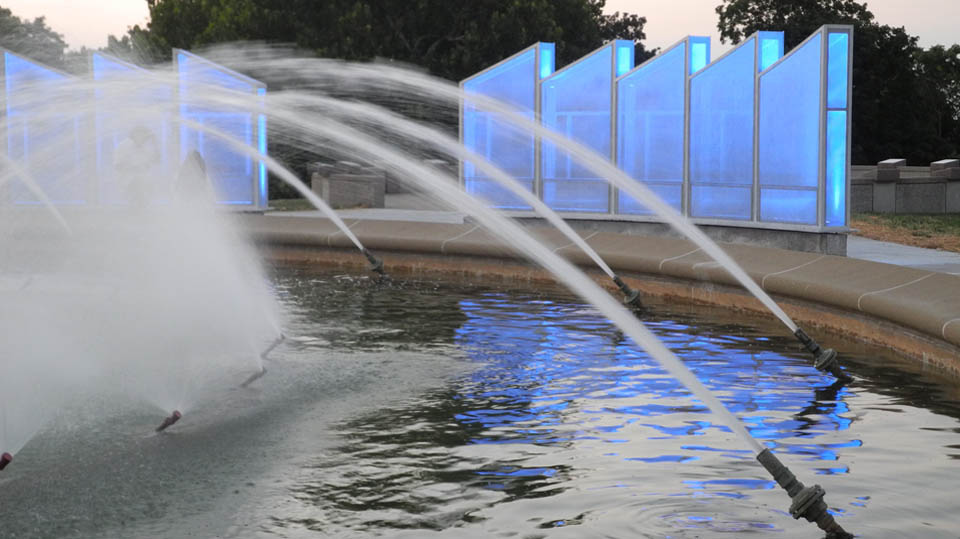 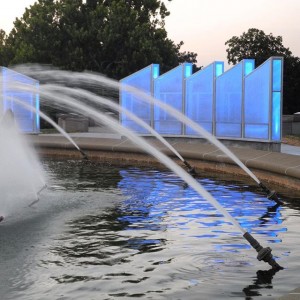 A new art project has been installed at the Firefighters Fountain and Memorial in Penn Valley Park and will officially be dedicated at 3 p.m. on Friday, September 11.

Arizona artist Barbara Grygutis was selected through a Call-For-Artists process in 2011 to create a site-specific artwork for the Firefighters Fountain and Memorial in Penn Valley Park. The artist met several times with the project steering committee and developed a design which incorporated particular goals for the site, including re-working and correcting the names of fallen firefighters included in the memorial. The art project consists of two large, segmented, curved ‘walls’, each consisting of a double row of perforated aluminum panels, mounted on a low limestone wall. Solid aluminum plaques will be mounted on one side, etched with the names of fallen firefighters.

Funding for the project was provided through the City’s 1% for Art program.  Future landscaping around the fountain will be funded by PIAC.

Construction of a concrete walking trail and overlook area along the Indian Creek Greenway and additional improvements including a rain... Read More...