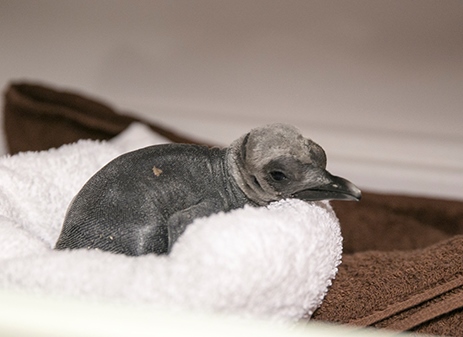 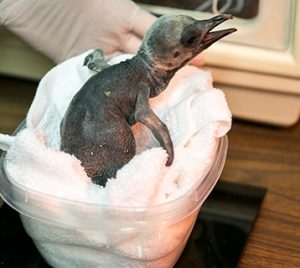 The Kansas City Zoo received a king penguin egg from the St. Louis Zoo and incubated it until it was ready to hatch. On November 8, the penguin chick made its way out of the egg. Now 12 days old, the chick weighs about 280 grams and is still quite small. Zookeepers are hand raising it behind the scenes. Right now, the chick is eating a fish “formula” five times per day. As it grows, it will graduate to fish chunks, then fish slices and finally whole fish. When the time is right and the chick is big enough, it will go on exhibit in Helzberg Penguin Plaza with the rest of the flock.