From the Director: KC Parks Highlights from 2012 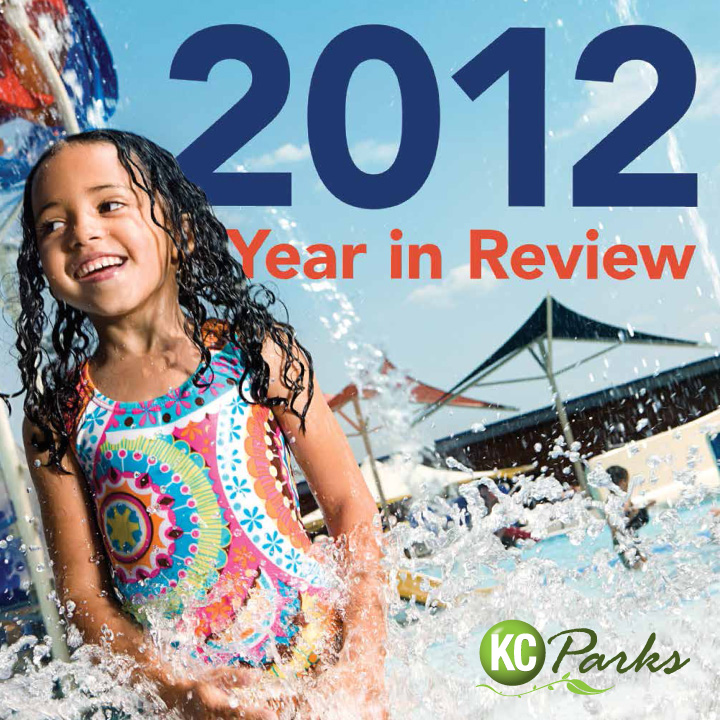 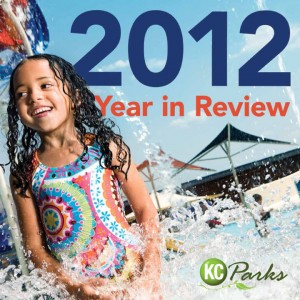 When I think about this past year, the first words that come to mind are “thank you”.

Thank you for your confidence and commitment to KC Parks and Kansas City as evidenced by the 63% approval of Question #1 last August. The funds that Parks and Recreation receives from this sales tax enables our department to proactively plan for the future and enhance our services and amenities as to better serve our residents.

Thank you to our Board of Parks and Recreation Commissioners, both past and present, who united for the campaign to successfully promote the passage of Question #1.  I am also thankful for quality employees who deliver on promises.  Their top-notch service, strong work ethic and past performance, enabled our citizens to confidently vote “yes”.

Although the sales tax initiative was clearly our greatest accomplishment, we had other notable achievements in 2012 which are highlighted in this Year in Review including the opening of The Bay Water Park and the 9th & Van Brunt Athletic Complex, MLB All-Star Week activities, Club KC, and improvements to Spring Valley Park.  But there is more.

In 2012, we began a much needed multi-million dollar facelift to one of our oldest and most highly visible parks, Penn Valley Park.  In our largest park, Swope Park, we opened our second dog park, added just over one-mile of exercise trails, and initiated installation of an improved signage system.  A new event, Brush Creek ArtWalk, took place on four-miles of lush tree-lined walks along the creek banks.  Over the creek, the new Troost Bridge was opened with a grand celebration in May.

In an effort to promote clean air and good health, we launched a pilot program instituting smoke-free zones focusing on areas where children play in 13 parks.  These zones will be expanded in 2013.Recycling programs began for visitors to our community centers and select parks. Since the program’s launch last summer, more than three tons of materials have been diverted from the landfill.

Kansas City’s historic Boulevard and Parkway system expanded in the Northland with the opening of thenew Highway 169 Interchange at Tiffany Springs Parkway (formerly NW 96th Street).  A similar interchange at 108th Street is undergoing construction and will open in 2013 as an extension of Shoal Creek Parkway.

And in recognition of our world-class system, the American Planning Association announced the designation of Ward Parkway as one of 10 Great Streets for 2012 under their Great Places in America program.

It seems that our work is not going unnoticed.  Major improvements for KC Parks were seen in four areas of the Citizen Satisfaction survey including park maintenance, quality of park facilities, maintenance of boulevards/parkways, and community centers. Significant areas of improvement were reflected in the quality of outdoor athletic fields, walking and biking trails, and ease of registering for programs.

The end of an era in leadership came to a conclusion in 2012 with the retirement of our Deputy Director Steve Lampone.  Steve was a force with KC Parks for 35 years and served as deputy director for the past nine years.  His energetic, entrepreneurial “can do” spirit, unassuming leadership style and historical knowledge will be missed.

KC Parks continues to listen to our residents in order to provide the programs, services and amenities to best serve our public.   We look forward to new opportunities in 2013 and appreciate your continued support.