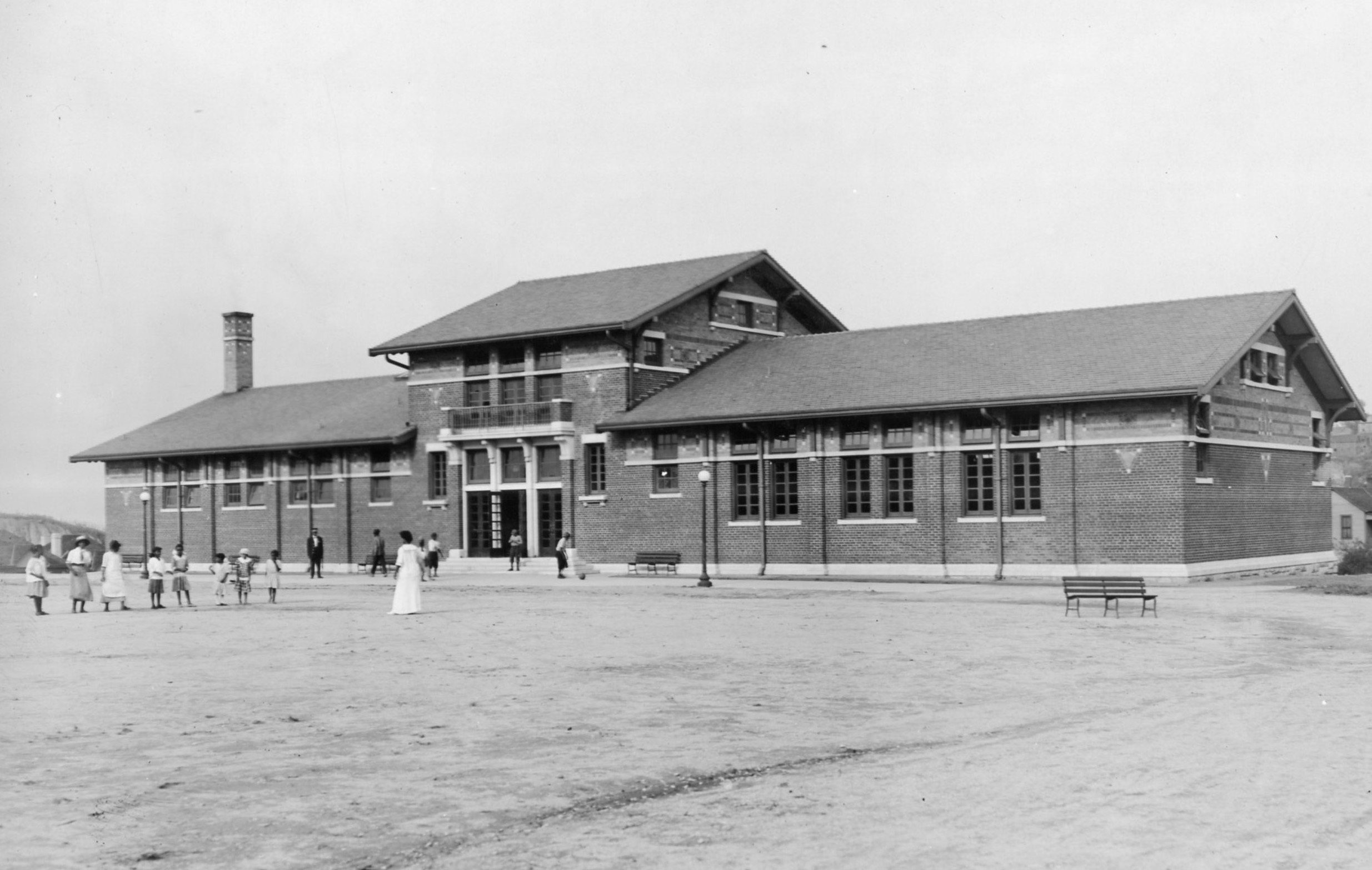 HISTORY
The development of the Garrison Square area began in 1908 with the selection of property to create a playground between 4th and 5th Streets, Troost and Forest.  It was located near the Garrison School, built in 1890.  The school was named after William Lloyd Garrison (1805-1879) an abolitionist and journalist who strongly spoke out against slavery and was one of the founders of the American Anti-Slavery Society.  The playground was also named Garrison.  George Kessler worked on the design of the property.

In 1913-1914, a field house was built on the playground property with a gymnasium and showers, meeting rooms, a branch of the Kansas City library and a stage.  It was designed by noted Kansas City architect Benjamin Lubschez.  Swimming and wading pools were later added.  In 1960, the building was rededicated after more remodeling was done, with Mayor H. Roe Bartle and other notables in attendance at the ceremony.

100th ANNIVERSARY CELEBRATION
Anniversary festivities begin Saturday at 10 a.m. and run until 2 p.m.  A program honoring Garrison’s Past, Present and Future will take place at 12 Noon. Other activities include a DJ and live local entertainment, The Marching Cobras, face painting, games, community information and announcements, health screenings and information, motorcycle display, and fun.  The party is free and open to the public.  Details.