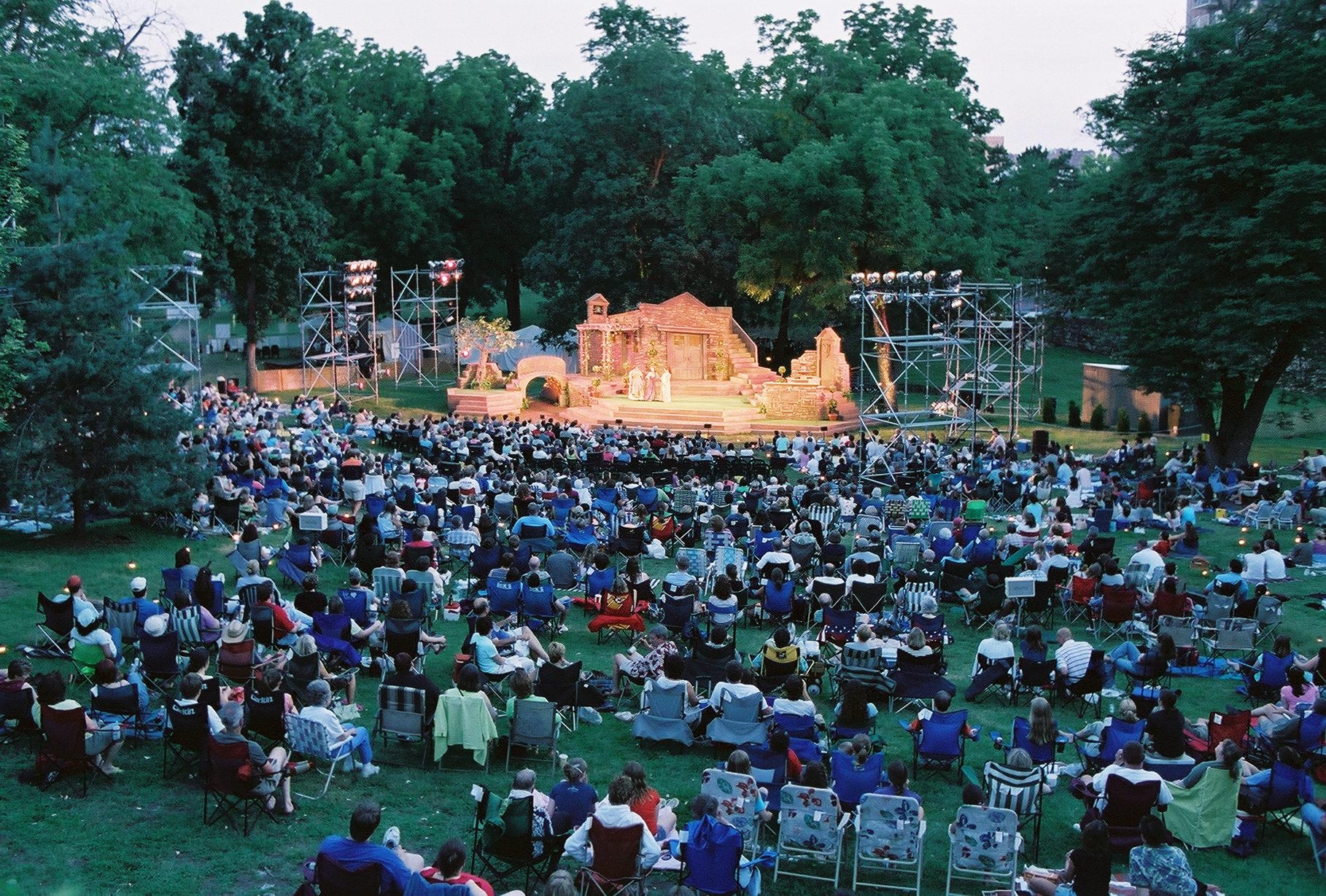 The 22nd season of the Heart of America Shakespeare Festival will feature a production of The Winter’s Tale.The play will be performed from June 17 through July 6, 2014 in Southmoreland Park, Tuesday through Sunday evenings and Monday, June 30. There will not be a performance on July 4. Admission to the Festival will continue to be free, but donations are gratefully accepted.

Executive Artistic Director, Sidonie Garrett says that she wants to bring The Winter’s Tale to life for the Kansas City community because the Festival has not yet presented this Late Romance in the park. The Winter’s Tale is considered one of Shakespeare’s ‘problem plays’, as it features three acts of tragedy and two acts of comedy, and is not produced as often as his more well-known titles. However, Garrett believes the Festival’s audience will connect with the story because the talented cast will bring the play’s themes of friendship, jealously, loss and restoration to life.

This year’s production will feature live music. A trio of musicians will perform onstage to help the company tell the story. Garrett notes that this play also contains the most famous of Shakespeare’s stage directions, [Exit, pursued by a bear] (The Winter’s Tale 3.3), and that the audience should expect to see a bear.

Founded in 1991 by Tony-Award-winning Broadway-producer Marilyn Strauss, the Heart of America Shakespeare Festival launched its first season in 1993 in Southmoreland Park. Since then, over half a million theatergoers from 42 states and 11 countries have enjoyed the classical, professional productions the Festival presents each summer.Support for the Heart of America Shakespeare Festival is provided by the Missouri Arts Council, Kansas City, Missouri Parks and Recreation, the ArtsKC Fund a host of leading foundations and corporations and hundreds of generous individuals. However, Garrett cautions the Festival does not have an endowment and must raise its entire budget every year.

“We need the on-going support of all our donors and fans to keep the Festival strong,” she says. Information on making donations to the Heart of America Shakespeare Festival and details on the 2014 season can be found on the Festival’s website at www.kcshakes.org or bycalling 816.531.7728. Follow the Festival on Twitter @kcshakes.