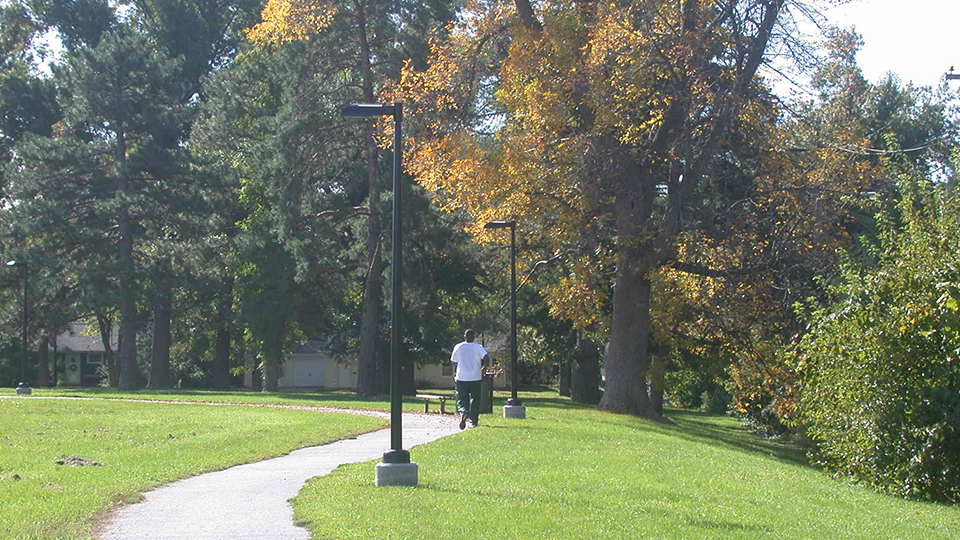 Spending time with nature in our cities’ parks and gardens can improve individual satisfaction in life and make us less aggressive, anxious and stressed. So isn’t it time we placed access to nature alongside good health, feeling secure, satisfying employment and positive social relationships as key routes to happiness?

A recent study from the University of Exeter links green space to happiness. Earlier studies indicating the importance of urban nature for general and psychological healthwere unable to control for individual personality differences that affect happiness.

In this study, the authors used Britain’s national household survey to track the life satisfaction and mental health of more than 10,000 urban dwellers over 18 years. Using scores for the same individuals at different points in time, they show that individuals on average are happier when living in greener urban areas.

Having a life partner has been found to be one of the strongest factors in influencing people’s happiness and building a satisfying life. Policymakers cannot legislate for love but they can build parks, which this study found to have a beneficial effect almost a third as strong as a relationship. Other factors such as lower crime rates and greater income had a less significant effect on average. The authors emphasise:

Although the benefits to any given individual are small, green spaces such as parks are accessible to all, and thus the aggregate gains at the community level are likely to be important.

As societies become increasingly urbanised with more people living in cities, city parks and gardens have become the main point of human contact with nature. Underlying physical factors such as cleaner and cooler air may explain why parks and gardens make us feel better, tempting us to spend more time outdoors and get involved in physical activity.

Some experiments suggest green spaces have an additional power: revitalising the mind. Even pictures or window views of nature can help to reduce stress, relax the mind and restore attention. People exposed both physically and virtually to natural scenes generally perform better on a range of memory and concentration tasks than those exposed to urban scenes. In other studies, images of the natural environment reduced stress in participants while those of urban scenes actually increased aggravation, anxiety and sadness. Now there’s a reason to invest in more parks, if ever one was required.

By enabling individuals to relax and rejuvenate, green spaces may play a critical role in the social functioning of cities. Mental state is crucial to a person’s ability to deal with change and challenges in life. Researchers from the University of Illinois interviewed residents of a housing development in Chicago and found mental fatigue to be lower in greener areas, translating to lower rates of aggression and violence.

It’s not all positive though. Green spaces are often places of darkness and may be associated with crime, eliciting feelings of insecurity and fear. Poorly managed spaces may act as local dumping grounds, becoming ugly, smelly or dangerous. Lakes can suffer algal blooms with potential toxicity. Still, empirical evidence of the positive effects of green spaces far outweigh the negative, though the negative contributions of green spaces that have been allowed to decay have received much less attention.

Green spaces can be designed in practical ways that support native species and ecosystems, while remaining aesthetically pleasing. There may be opportunities to increase shade and water features of green spaces to help cities and their citizens adapt to climate change. New green spaces are now taking a wider range of forms, including native gardens, grasslands and artificial wetland ecosystems, in addition to the more traditional urban parks.

Pairing green initiatives with communication efforts may offer further benefits as improvements to well-being may depend more on perceived species richness than actual species richness of urban ecosystems.

The more densely populated the area, the more the people living there need green, breathing spaces to escape to. When spare land is hard to come by, councils and urban planners need to think about greening whatever is available, like roofs and walls, withcarefully chosen plants. There are some exciting ideas out there: green bridges over highways, a public park created on a historic railway line in New York and pairing of greening initiatives with open storm water management in Malmö, Sweden.

Reprinted from The Conversation.