Jerry Smith Toy Collection at The National Museum of Toys/Miniatures 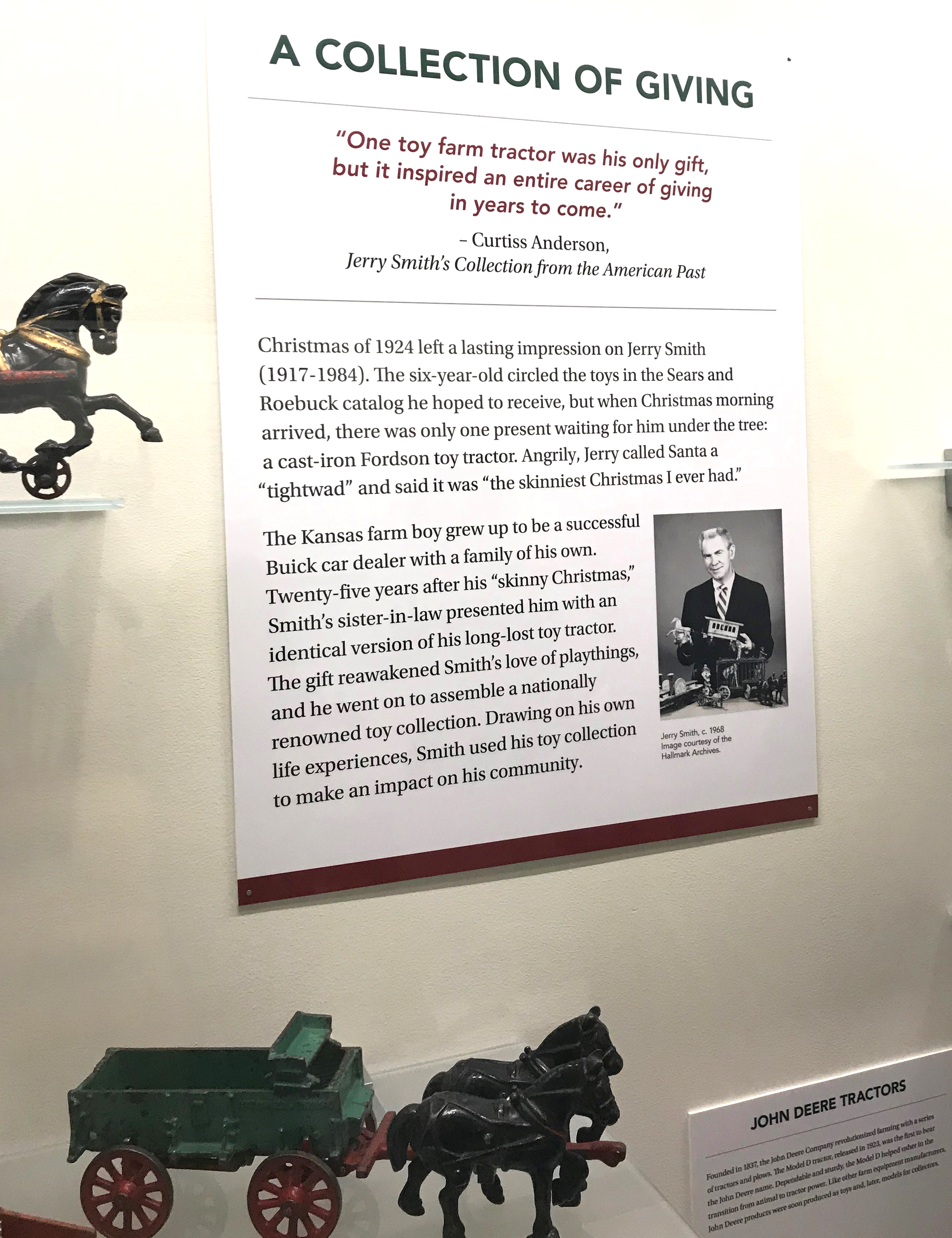 The namesake of Jerry Smith Park in South KC, a successful Kansas City automotive dealer and philanthropist, also owned a world-class toy collection that included planes, trains, and automobiles. The collection, Going Places, is currently displayed at The National Museum of Toys/Miniatures.

About Jerry Smith
The 1976 addition of Jerry Smith Park to the City of Kansas City, MO Park System was made possible by Mr. and Mrs. Jerry Smith. Mr. Smith was a Kansas City civic leader and philanthropist who used his life to help others, especially children. He owned and operated Jerry Smith Buick from 1950 until his retirement in 1974. Mr. Smith served on the board of many charitable organizations and received many awards, including being named Mr. Kansas City. His antique toy and car collection, said to have been the largest in the world, was nationally renowned.

History of The Park
From 1977 until 1984, KCMO Parks and Recreation maintained the park for educational purposes as a working farm with hayfields, fruit trees, a garden and livestock. It was managed by Jewel and Phyllis Loveland who worked the farm and demonstrated farming methods. The Lovelands retired in 1984 after which the park was no longer used as a working demonstration farm. Presently the park supports equestrian and walking trails and provides access to a rich variety of flora and fauna. Jerry Smith Park contains the largest remaining tract of remnant prairie on the Missouri side of the metro and the only one in the city limits of Kansas City, MO.

About the Exhibit
On Christmas Day in 1923, a young Kansas boy named Jerry Smith received a single toy tractor under his family’s tree. Smith would grow up to become a successful Kansas City automotive dealer and philanthropist, but he never forgot that humble toy tractor. As an adult, it inspired him to amass a world-class toy collection that included planes, trains, and automobiles. He displayed his collection to spread joy and to raise money for local charities. From cast iron trains to fanciful airplanes, Going Places explores the history of transportation toys and examines how one person with a generous heart and a fantastic toy collection made a lasting impact on his community. More>>