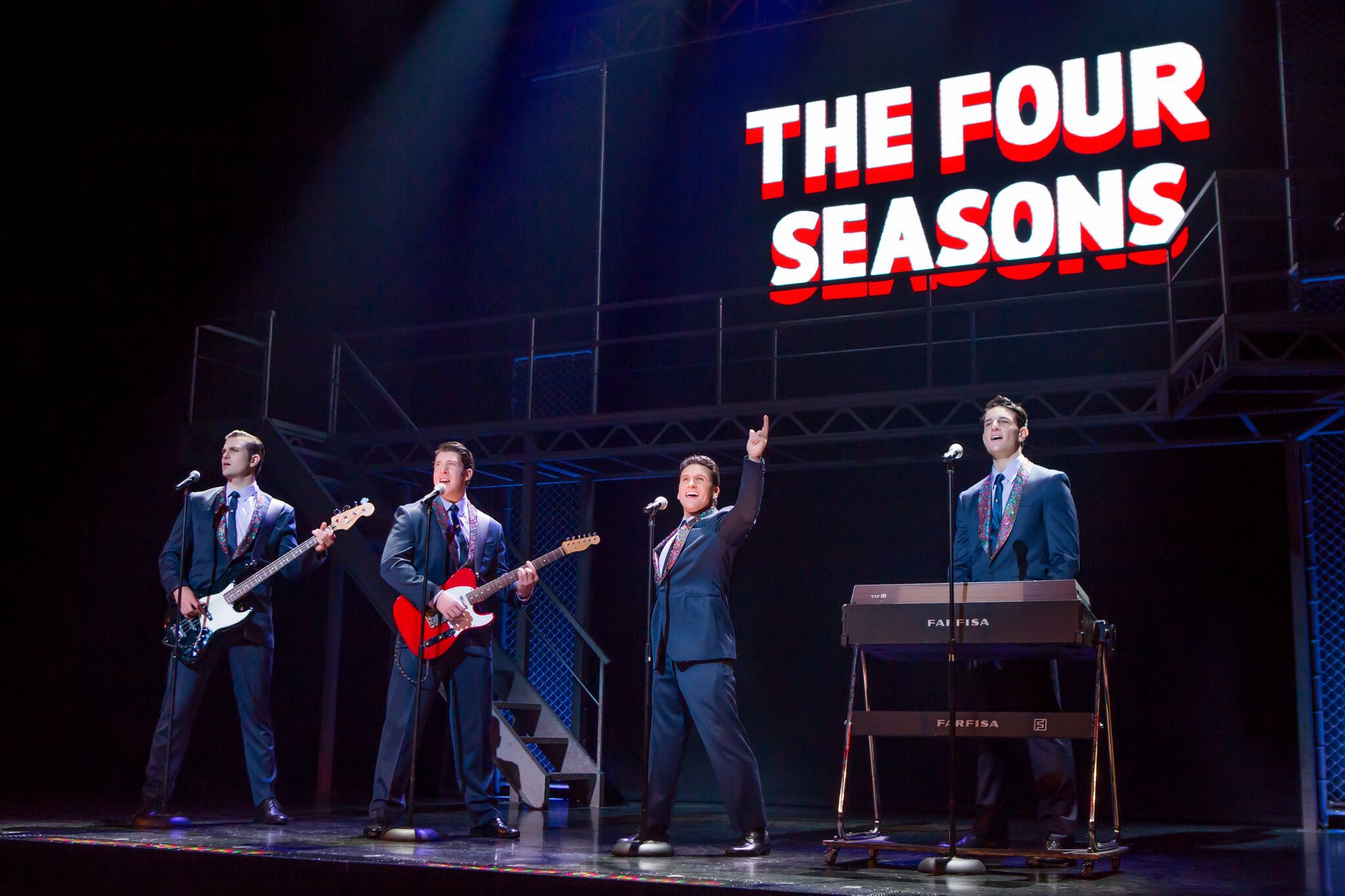 It’s nearly time for Starlight Theatre audiences to experience the hit musical built around the harmonies and behind-the-music story of Frankie Valli and The Four Seasons. Oh, What a Night lies ahead when Jersey Boys transports Starlight audiences back to the 1960s and ‘70s for six music-full performances June 27-July 2. U.S. Bank is the presenting sponsor of Jersey Boys.

Jersey Boys follows the real-life story of Frankie Valli and The Four Seasons. They were just four unknowns from Jersey…until they sang their very first note. They had a sound nobody had ever heard, and the radio (and fans) couldn’t get enough of. But while their harmonies were perfect on stage, off-stage it was a very different story. By telling that story, this musical has made the four boys from Jersey an international sensation all over again!

Jersey Boys opened on Broadway to critical acclaim in November 2005, earned four 2006 Tony Awards including Best Musical, played for 11 straight years, and became the 12th-longest-running show in Broadway history before it took its final bows on Jan. 15, 2017. The Jersey Boys U.S. national tour is still breaking records across the country, more than a decade after it launched in San Francisco in December 2006. Jersey Boys is also playing in London, and tours of the United Kingdom and Australia will begin in late 2017 and 2018, respectively. In total, more than 24 million theatre-goers worldwide have delighted in a Jersey Boys performance.

“After years of trying to bring this fantastic show to the Starlight stage, it’s finally here, and I can’t wait for our patrons to see it,” said Rich Baker, Starlight President and CEO. “The rags-to-riches story of The Four Seasons really resonates with audiences, and this memorable musical set a new artistic standard for Broadway!”

The musical is directed by two-time Tony Award winner Des McAnuff, written by Academy Award winner Marshall Brickman and Rick Elice and features music by Bob Gaudio (an original member of The Four Seasons), lyrics by Bob Crewe and choreography by Sergio Trujillo.

Tickets for Jersey Boys at Starlight Theatre are on sale now, starting at $15. Tickets are available online at www.kcstarlight.com, by calling 816.363.STAR (7827) or at the Starlight box office at 4600 Starlight Road, Kansas City, MO 64132.  All performances begin at 8 p.m.

Discount prices for groups of 10 or more are available by contacting group sales coordinator Camille Sumrall at 816.997.1137 or groups@kcstarlight.com.