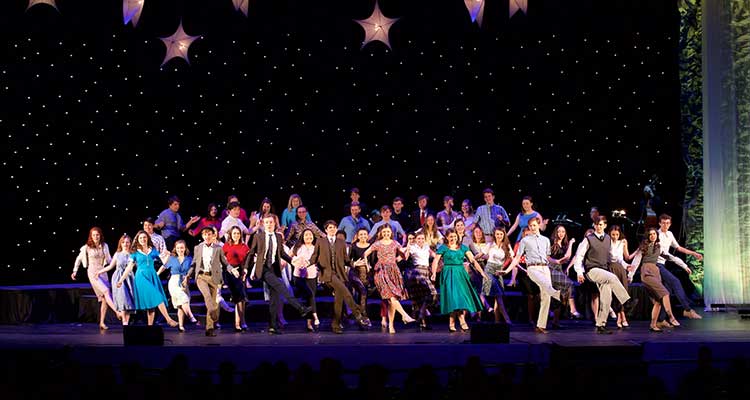 After a season of hard work producing and performing top-quality musicals, Kansas City area high school students will be recognized on the Starlight Theatre stage at the 17th Annual Blue Star Awards Ceremony on Thursday, May 23—and you’re invited to join in the celebration!

The event is free (parking is $5), open to the public, and celebrates outstanding achievement in high school musical theatre with a Tony Awards-inspired, red-carpet event at Starlight. This year, 48 schools and more than 4,000 students throughout the Kansas City metro participated in the program. On May 2, participating schools received their long-anticipated nominations and official invitations to the ceremony. Come ceremony night, 176 nominees will be recognized, and winners will be awarded in 23 categories. Leaders from a variety of Kansas City arts organizations and companies will present the awards.

Gates for the 17th Annual Blue Star Awards Ceremony open at 6:30 p.m. on May 23, with the event beginning at 7:30 p.m. RSVP at kcstarlight.com/bluestarawards.