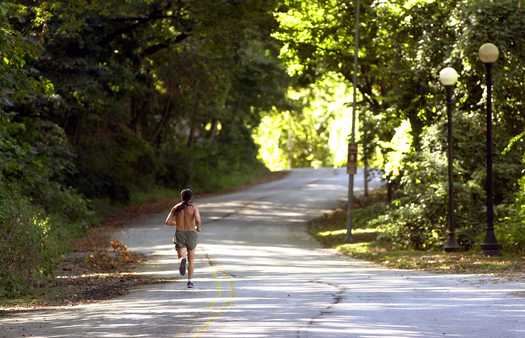 It’s not unusual to hear a first-time visitor express surprise about Kansas City’s landscape. The hills, the trees, the greenery — who knew?

Of course, we have known that for more than a century. As a city we have long touted the winding roads, the tree canopies and other distinguishing features of the parks and boulevards system, whose origins date to the late 19th century.

And now we’re on the verge of taking our landscape identity up a notch. A nomination to the National Register of Historic Places, encompassing the concept and history of the parks and boulevards system, is making its way through the process. It’s a welcome move.

The nomination, an inch-thick history of the system, along with an inventory and supporting maps and charts, was prepared by Cydney Millstein of Architectural & Historical Research and Paul Novick of Bowman Bowman Novick. They updated and expanded on research done in two previous surveys of parks history, conducted more than 20 years ago. Their report lays the foundation for future nominations of specific features and elements of the parks and boulevard system.

In her presentation to the commission, Millstein noted that Chicago and other cities have landed historic designations for their park systems. Kansas City’s system, she said, ranked among the forefront cities where the “romantic park movement” took root — places like Boston and Brooklyn, where parks and parkways helped soften and define the urban experience.

Millstein’s report emphasizes the role of landscape architect George E. Kessler, who masterminded Kansas City’s parks plan in 1893. Kessler’s operating idea was to incorporate the city’s rolling terrain and natural features along bluffs and waterways in order to create green parklands all connected by wide and gracious boulevards. Kessler’s vision ranged from the clifftops at North Terrace Park (now Kessler Park) to Penn Valley Park and eventually to the far sprawling expanse of Swope Park. The parks were meant to build community and neighborhoods and to provide play space for adults and children.

“The system, as it stands today,” Millstein writes, “is an outgrowth of Kessler’s 1893 system for Kansas City, a comprehensive network that guided and coordinated urban growth.”

Kessler went on to help numerous American cities plan their own systems — from Fort Worth, Texas, to Fort Wayne, Ind.

“Once the boulevard system was established,” he told me this week, “it spurred growth on the adjacent properties. It also was early urban renewal in that it removed some areas that were considered slums at that time. Kansas City created a robust parks and boulevard system that grew rapidly and steadily, and that is a story not seen widely in the country.”

One preservation commission member questioned whether a historic-register designation would lead to overly restrictive requirements for potential development along city boulevards.

The short answer is no, though Denise Phillips, of the parks department, replied at the hearing that it would help guide “quality development” and protect tree cover and other pertinent features, which already are specially covered under city law regarding boulevard properties.

Parks remain a vital element of our urban life, and though some have fared better than others over the years, we should not take them for granted. Historic-register status for the parks system gives the city another selling point in the ongoing search for distinctiveness.