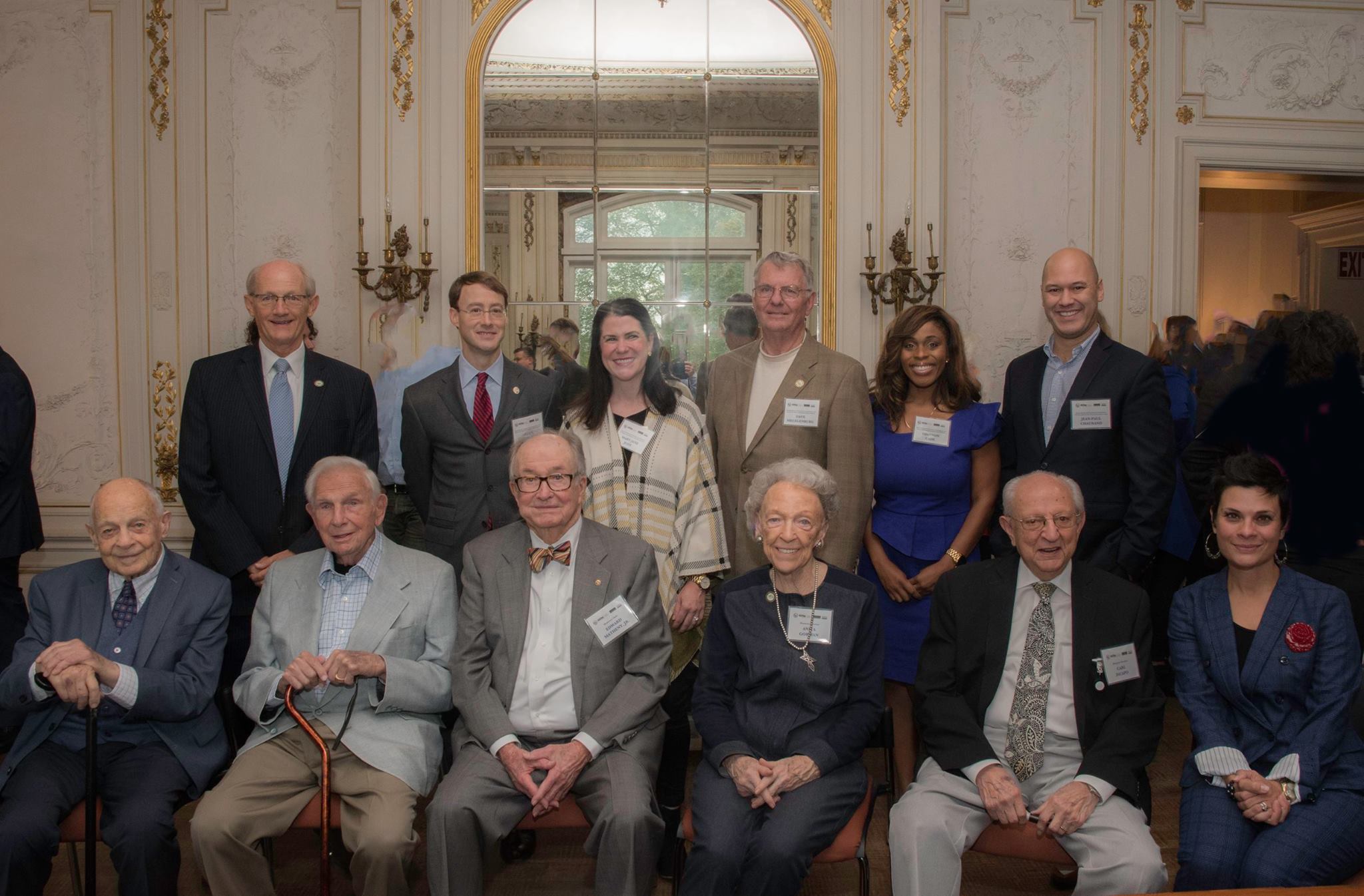 Gathering in the Grand Hall of the Museum’s Corinthian Hall in the Historic Northeast neighborhood, stakeholders and supporters came to share in remarks and pose for photos in honor of the occasion. The initial stage of construction, scheduled to begin in the next several weeks, will include all four floors of Corinthian Hall (the mansion) and will result in the creation of a leading edge, 21st-century museum of Kansas City’s history and cultural heritage.

City leaders and Board members of the Kansas City Museum Foundation gave special thanks to International Architects Atelier, the architectural design firm for the project that has completed more than two years of design preparation in advance of construction. The work of J.E. Dunn Construction Co. as the project’s construction manager was also recognized, which will begin to add amenities that include: exhibition galleries, a Museum Café, a retail store, theater/auditorium, a classroom/meeting room, a billiards room and a new interpretation of the much beloved Soda Fountain space.

Kansas City Parks and Recreation Department Director Mark McHenry welcomed the Museum’s guests, and Mayor Pro Tem Scott Wagner shared his excitement for the Museum project, which he said serves as an important cultural asset for the City and its future as it continues to grow.

City Manager Troy Schulte shared details of the public-private partnership that makes this restoration and renovation project possible. Of the $15,000,000 total project cost, $6,000,000 has been secured from the City’s Museum Mill Levy. In addition the Museum is set to receive $8,000,000 over two fiscal years (FY18 and FY19) in funding from the GO KC Bonds, approved by voters in April 2017. Since launching it’s capital campaign initiative, #MakingAMuseumKC in May 2017, the Kansas City Museum Foundation has leveraged this public support to raise $1,250,000 in private funding.

“This commitment of funds from the GO KC Bonds is based on several factors including that the Museum restoration project is shovel-ready,” Schulte said. “The project is focused on repairing an existing public building, which the City recognizes is a priority for residents. Further, it contributes to the redevelopment of the Historic Northeast, a neighborhood that is truly building on our City’s assets and investing back into the local economy.”

Schulte said that he was particularly proud that when the Museum reopens in 2019, general admission would be free for all residents of Kansas City, Missouri.

Kansas City Museum Foundation Board Member Allen Dillingham shared further details of what Museum visitors will see when the doors of the mansion re-open in 2019. He discussed the Visitor Experience Plan, a document that the Kansas City Parks and Recreation Department officially adopted in April 2017. The Visitor Experience Plan outlines strategies and Core Stories, creating a vibrant and participatory visitor experience, which reflect the dynamic history, culture, and impact of Kansas City.

“The Foundation Board is pleased to support the project team as they use this tool to begin the process of Museum Exhibition Design,” Mr. Dillingham said. “Working alongside local historians, educators, curators, and artists, the plan will guide development of exhibitions and unique programming for the public to enjoy.”

Mr. Dillingham reminded guests of the Construction Kickoff Ceremony to be on the lookout for continued programming while the Museum is under construction. He said that visitors would be able to attend events both on the museum grounds, in Kessler Park, in the community, and at the Kansas City Museum at the Historic Garment District (KCM@HGD) at 8th and Broadway Blvd.

“As we continue to raise private funds for Stage I and subsequent stages of construction, and finalize the exhibit design and development in early 2018, I encourage each of you to visit the site,” said Davidson. “Please keep up to date with renovation progress and to read the stories of those who support this project.”

At the conclusion of the ceremony, special guests were invited by Kansas City Parks Director McHenry to take a turn at the creation of ceremonial renovation display. As Honorary Chairs of the Museum’s Capital Campaign, Mr. Bill Dunn, Sr., Mr. Henry Bloch, and Mr. Ed Matheny, Jr., placed building elements onto a door that will later serve as a frame. Next, former Parks Commissioners Mrs. Anita Gorman, and Mr. Carl J. DiCapo marked their service as the Honorary Members of the Campaign by adding to the collage.

“I feel very honored to be one of the Honorary Chairs for the Kansas City Museum’s fundraising initiative and capital campaign, #MakingAMuseumKC, along with my two close friends, Henry Bloch and Ed Matheny, to increase awareness and build community support for the Museum’s multi-phased renovation project,” Mr. Dunn said. “For many years, I have been involved in a number of fundraising efforts involving important issues in the Kansas City metropolitan area.  I am delighted that there is now a plan in place at the Kansas City Museum to recognize the brilliant history of a city that has encountered many difficulties from its very beginning. Kansas City is now acknowledged as a very important destination in the United States and I am thrilled to play a supporting role to assist the Kansas City Museum in preserving our history and cultural heritage to be shared for many years to come.”

To receive construction updates, to support the #MakingAMuseumKC Capital Campaign, or to see a schedule of upcoming programming associated with the Kansas City Museum, please visit kansascitymuseum.org.