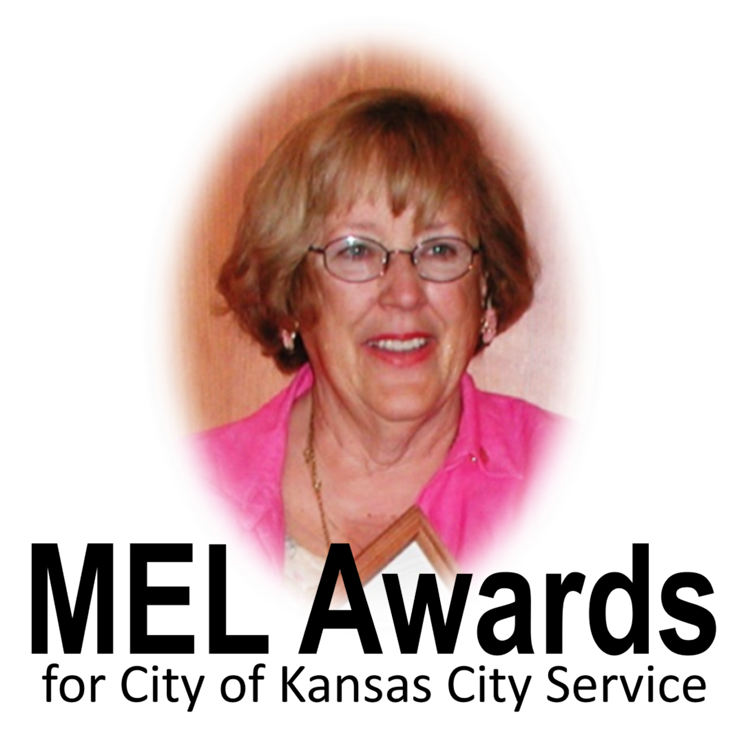 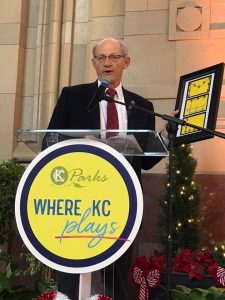 “Mary Edith was on staff for 50 years providing superior service to our citizens. She defined the word recreation in our City, ” said McHenry.  “Faithful community service is what our Employee Service Awards are all about and it is only fitting to place her name on them. Many of you may have never met Mary Edith–known as MEL–however, I can assure you she was a dedicated and passionate civil servant.  She passed away earlier this year. So now, in her memory, we dedicate these Employee Service Awards by naming them “The MELs”.

The MEL Awards: For City of Kansas City Service

On October 19, the community of Parks and  Recreation lost a long-time member of our organization.

Mary Edith Lillis,  who worked for  Kansas City, Missouri Parks and Recreation for over 50 years passed away at the age of 86. Her cohorts called her MEL as an acronym of her first middle and last names.

There are several Parks and Recreation initiatives that were begun through the interests and the encouragement of Mary Edith. In 1953, she began her service to the community as a swimming pool attendant at Arbor Villa Pool, which is still in existence today.

Her first office was on the 5th floor of City Hall, which, at that time, was the location of the Recreation Division of the Welfare Department.MEL’s enthusiasm for this profession has not been surpassed by anyone else to-date.

She was instrumental in establishing a Golden Age Program that was far advanced from other agencies throughout the state. While others were taking day trips, we were travelling to Mexico and to China.

She rose through the ranks of the Department until becoming Superintendent of Recreation.

At that time she was in charge of Community Centers, Playgrounds, After-School Programs, Swimming Pools, Outdoor Education, Games and Sports and Golden Age and monitored combined budgets in excess of $10 million.

She had her hand in the beginnings of many of the programs and institutions we enjoy today.    She helped create the Sister Cities Association of
Kansas City, MO and served as an officer in the organization. She was part of the new Ethnic Enrichment Commission, an offshoot of the 1976 Bicentennial effort brought forth by Kansas City.  In working with the Ethnic group, she became involved in the establishment of the very first Ethnic  Enrichment Festival.

MEL was instrumental in the development of the annual Santa’s Wonderland held at Gillham and Penguin Parks so many years ago and still      continue today as does the Annual  Dragon Boat Festival and Races created by herself and Bob Chien.

She worked tirelessly with George Eib on the Annual Flower, Lawn and Garden Show at which the Department provided and supervised a super children’s play area each year.

A favorite activity that lasted five years was Terror Train, a fundraiser for our Zoo.  As one who loved Halloween, she went through her extensive collection of wigs as costumes for a particular display called “The Human Stew”.

As Superintendent of Recreation and later as Manager of Specialized Services, she had the   responsibility of coordinating all of the Ceremonial Events for Parks and Recreation and for many City events as well. With Department help, she supervised the inauguration of several  Mayors   and was also responsible for the various ground breakings and dedications for new additions to our Department.

We strive for the spirit of Mary Edith to be carried out in each of us as we continue our jobs with Kansas City, Missouri Parks and Recreation. The future of our Department is in our hands and it  shows through our commitment to the citizens of Kansas City with our attention to the tasks at hand.  Mary Edith Lillis set an  honorable example for us all.