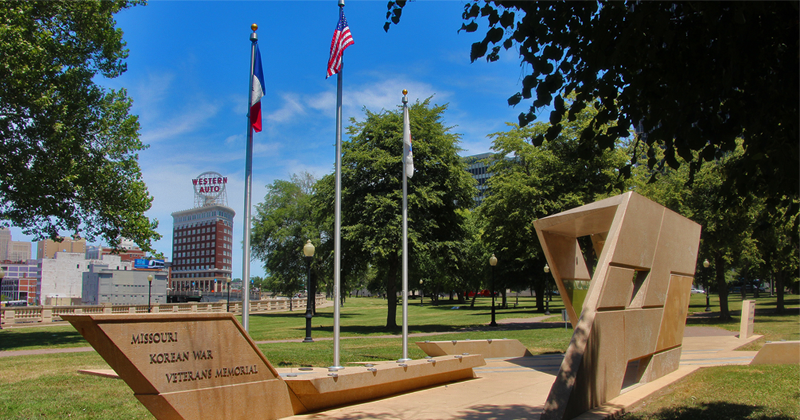 Debra Shultz, chair of the Missouri Korean War Veterans Memorial Board of Directors says this is a huge boost for Kansas City. “This is tremendous for all our Veterans, especially our Missouri Korean War Veterans, and for KC Parks and our City.  This will be the only State designated memorial in Kansas City and we anticipate this will help us raise the final funds needed for the sculpture to complete this great memorial.”

The Korean War called 1.5 million Americans into service, and in the end, over 37,000 Americans gave their lives defending freedom on the Korean Peninsula. Over 900 of those individuals were from Missouri, including more than 100 from the Kansas City region. This honors the courage and the sacrifice of these brave Missourians and works to ensure that this war is never forgotten.”