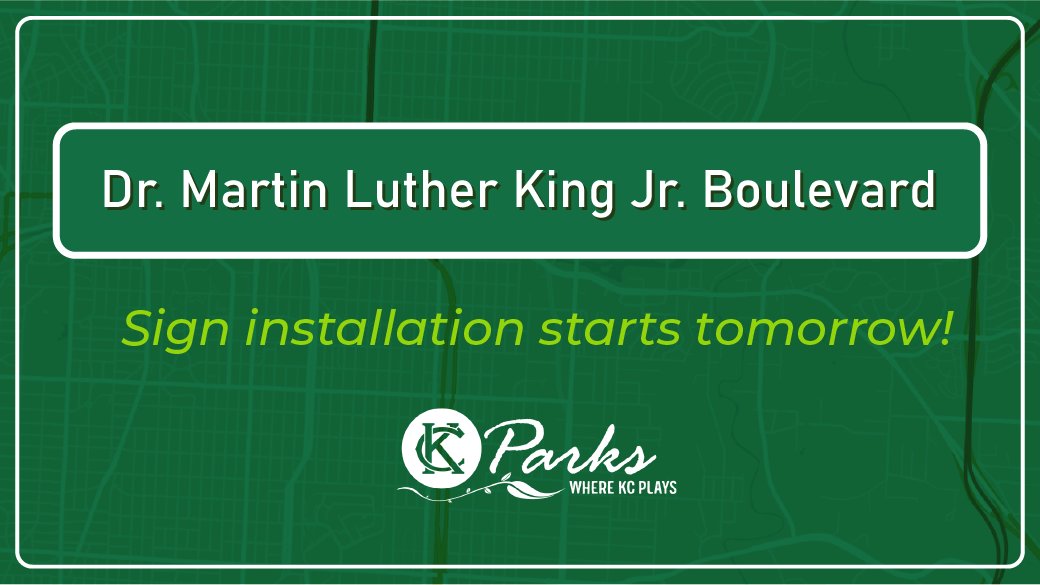 In 2019, Mayor Quinton Lucas directed the KC Parks Board of Commissioners to gather public input on how to honor King’s legacy.  There were hundreds who submitted ideas over the past year and several public meetings were scheduled for residents to work together to find creative solutions to this question of how to appropriately honor Dr. King in Kansas City, MO.

Last summer, KC Parks Commissioners met with the Southern Christian Leadership Conference of Greater Kansas City and identified the current stretch of streets along Brush Creek. Combined, they connect South Plaza east to near the Brush Creek Community Center. The boulevard intersects with Troost Avenue, The Paseo, and Prospect Avenue. The Bruce R. Watkins Cultural Center, the Boys and Girls Club, and Martin Luther King Jr. Square Park are also along the route (link to map). KC Parks Director Terry Rynard will be announcing our $1,000,000 investment in landscaping improvements from Elmwood to Prospect and a partnership with Community Builders to design and build.

The sign change out will be completed this weekend by the Public Works Signs and Markings team and include the switch out of 37 standard street name signs as well as five traffic signal signs equipped with LED lighting at three locations: Volker and Oak, Swope Parkway and Prospect, and Blue Parkway and Eastwood Trfwy. The length of the corridor is just over five miles.

KCMO is working to ensure that Dr. King’s dreams lives on. We are one of the first cities in the country to create a city holiday for Juneteenth, which will be observed on Friday, June 18, we have created the position of Chief Equity Officer, whose hiring will be announced soon, and KC Parks has created a Quality of Life Investment District (QLID) to improve equity across all facilities in the parks system.