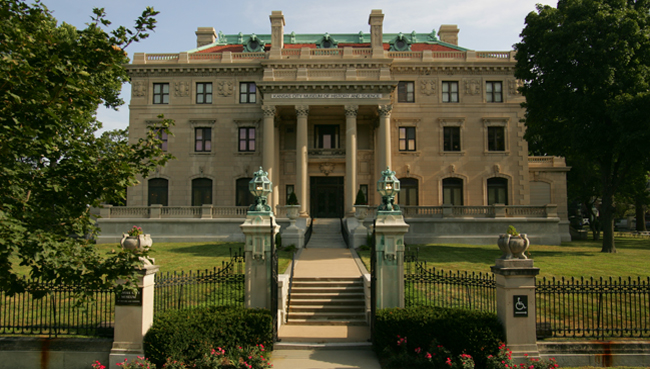 For many years, St. Joseph Medical Center in south Kansas City has maintained a small medical museum started in 1971 by one of its doctors, Dr. Donald Piper, who enlisted everyone at the hospital to contribute materials. The collection grew to its current amount of 15,000 items including medical instruments and equipment, textiles/clothing, archival records of Kansas City area doctors and hospitals, and a large photograph collection. The earliest collection piece dates to about 1800. The collection represents all local Kansas City area hospitals and doctors, with a good percentage related to St. Joseph Hospital history.

In 1990 St. Joseph Medical Center Hospital hired museum professional, Joan Hilger-Mullen, to curate the growing collection. Under her leadership, small exhibits were installed along the corridors, museum-quality cabinetry was purchased, and proper cataloguing and intellectual control has been maintained, making this collection one of the most complete in the region on the story of medicine in the area. Recently, the St. Joseph Medical Center was sold to Prime Healthcare, which offered to donate the collection, including cabinetry and shelving, to the Kansas City Museum.

“We are already dreaming of a future exhibition on the history of Kansas City’s medical society or Civil War medicine, for example,” said Museum Executive Director Anna Marie Tutera. “We’ve been given the opportunity to care for and preserve an amazing collection that has been thoughtfully curated and managed. What a gift.”

In addition to the medical collection, the Kansas City Museum has also acquired more than 300 Kansas City-made garments and accessories from the Historic Garment District Museum of Kansas City that is located in the heart of the old Garment District in DST’s Poindexter building, at 801 Broadway. The museum was founded and opened in 2002 by Ann Brownfield and Harvey Fried, and they have operated the museum since its opening with public hours on Saturdays and special tours by appointment. Many of the buildings nearby date back to the 1870s and are on the National Register of Historic Places. After World War I and through the 1940s, the area employed more than 4,000 people and boasted that one out of every seven women in the United States purchased a Kansas City-made garment. Manufacturing of garments was the second largest employer of any industry in Kansas City, Mo.

Over the past several months, Ann and Harvey have decided to retire from the daily operations of the museum. Along with donating the collection, they have requested that the City of Kansas City, Missouri Parks and Recreation Department operate the Historic Garment District Museum at its current Broadway location, which includes establishing new open hours for the public, developing programs and exhibitions, and managing the collection. The Garment District Place Park, dedicated in 2010 by Parks and Recreation, is located across Broadway from the museum. The park has a fountain and a 22-foot “Needle” sculpture as tribute to the Garment District’s legacy.

“The Historic Garment District is a significant part of Kansas City’s history, and the museum that Ann and Harvey have created and sustained is a gem,” Tutera said. The collection and the opportunity to operate and manage the Broadway location allows the Kansas City Museum to add to its stellar collection of historical clothing, textiles, and costumes, which is comprised of more than 20,000 items in the Museum’s collection and is one of the best collections of its kind in the region.

For more information about the Kansas City Museum, visit www.kansascitymuseum.org.

BACKGROUND ON THE KANSAS CITY MUSEUM
Located at 3218 Gladstone Boulevard in the Historic Northeast area of Kansas City, Missouri, the Kansas City Museum is comprised of five original buildings, including the mansion Corinthian Hall, which was built in 1910 by Robert Alexander Long. The estate became a public museum in 1940. It is owned by the City of Kansas City, Missouri and operated and managed by the City of Kansas City, Missouri Parks and Recreation. The Collection contains more than 100,000 artifacts and several thousand more archival materials that interpret Kansas City’s local and regional history. Currently, Parks and Recreation is working with International Architects Atelier on the planning of a site-wide historic restoration and rehabilitation of the Kansas City Museum.