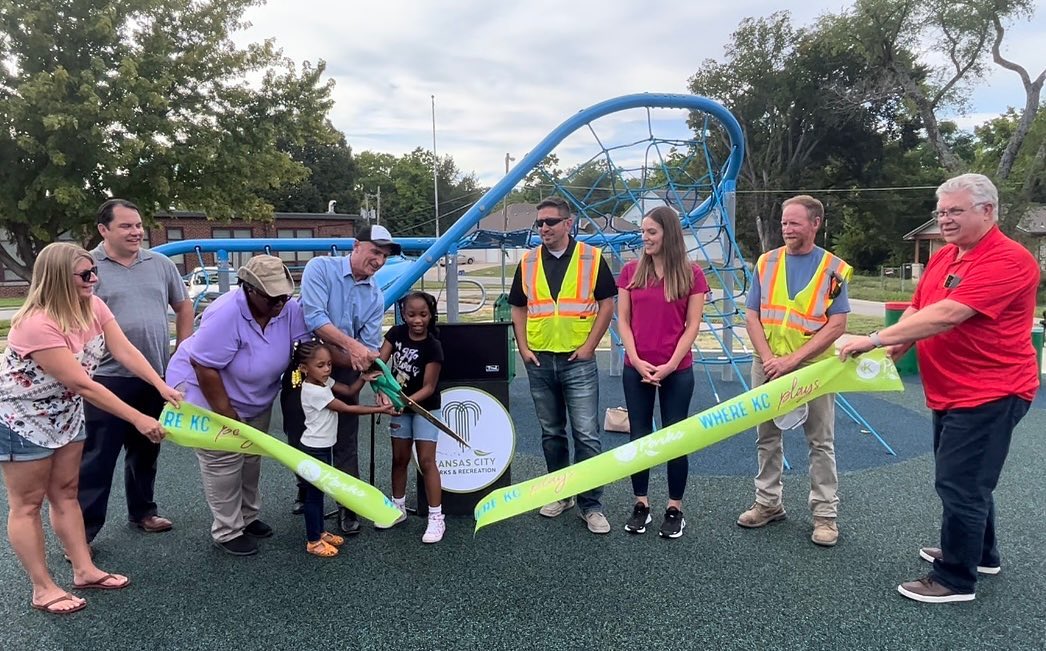 On September 1, members of the Heart of the City Neighborhood Association joined KC Parks staff, and three generations of area residents for the official opening of a new playground in Dunbar Park, 36th Street & Oakley Ave.

The playground was part of an improvements package for 11 playgrounds in 11 different KC Parks.

Dunbar Park and six others have or will receive replacement playgrounds; new playgrounds will be placed in two other parks, and two additional parks will get playground expansions

All the playgrounds are designed by Landworks Studios and built by Gunter Construction.