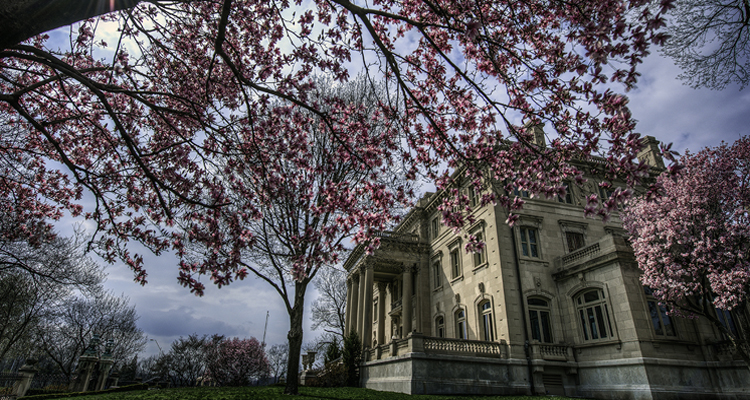 The Kansas City Museum Foundation, a 501(c)(3) nonprofit organization, announced today that it has received a second gift from The Sunderland Foundation in the first quarter of 2019 to support Making A Museum KC (#MakingAMuseumKC), an initiative to raise awareness and private funding for the Kansas City Museum’s expansive restoration and renovation project.

As the Kansas City Museum Foundation continues its efforts to raise awareness and funding for the Kansas City Museum in 2019, JE Dunn Construction is at substantial completion for architectural construction at Corinthian Hall.  In addition, the Kansas City Museum exhibition design team,including International Architects Atelier (the lead, primary architectural design firm for the project) and their sub-consultants, Gallagher & Associates (the lead museum design firm for the project) and their sub-consultants, and Museum staff are in the exhibition design development phase with the goal of starting Museum construction (exhibitions and interactive digital technologies) in late 2019 to open Corinthian Hall in late 2020.

New to the exhibition design team as a sub-consultant to Gallagher & Associates is Sharon Shahid who is an editor, writer, historian, and museum consultant.  Sharon will serve as the script writer for exhibitions at Corinthian Hall. Originally from St. Louis, Missouri, Sharon resides in Washington D.C. and is a writer, editor, and museum consultant with more than 20 years of exhibit development experience. Most recently, Sharon was the creative force behind many of the Newseum’s top galleries and exhibits and edited many of the inaugural and changing exhibitions at the National Museum of African American History and Culture, as well as the interactive experiences at the Gateway Arch Museum, the Harriet Tubman Underground Railroad Visitor Center, and Arlington House.

The Kansas City Museum Foundation is a 501 (c)(3) nonprofit organization with a mission to develop initiatives, convene leaders, and mobilize resources through inclusive partnerships to support the mission, vision, values, and strategic priorities of the Kansas City Museum.