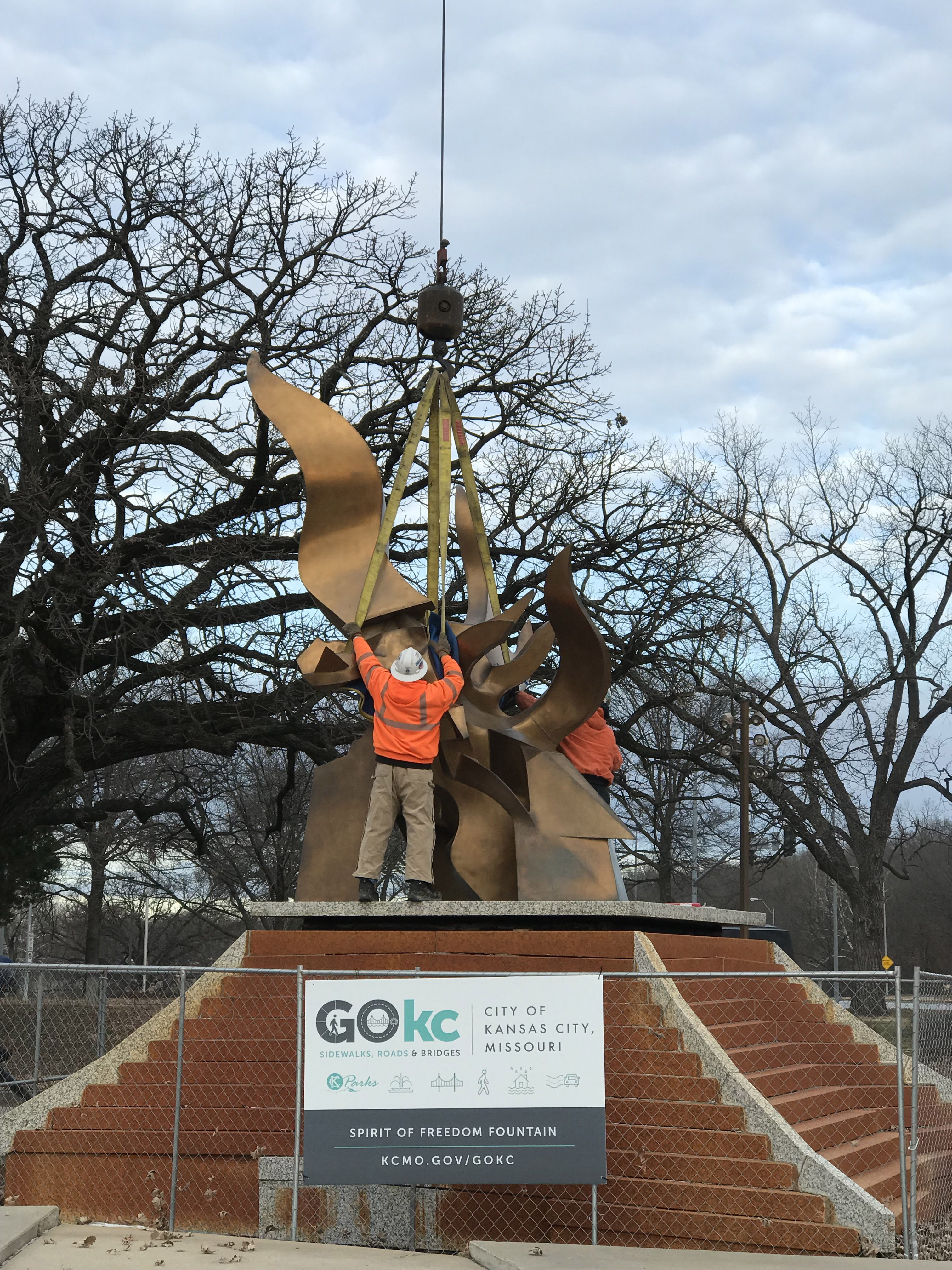 WHO
City of Kansas City, Missouri Parks and Recreation
City of Fountains Foundation

WHAT
News conference and removal of the 5,000 lb. center sculpture for GO Bond-funded fountain renovations

FOUNTAIN RENOVATIONS
The sculpture will be removed and cleaned, fountain equipment replaced including the pump, piping, and lighting in and around the fountain.Sub-culture strengthened, granite steps cleaned and replaced where needed, new bubblers placed in the fountain basin, updating ADA access to current standard. The $865,000 renovation project is funded by GO Bonds ($750,000), PIAC, and some private money.

ABOUT THE FOUNTAIN
A 5,000 lb. metallic free form sculpture sits on a pedestal in the middle of a retaining pool – elliptical in shape with raised platforms that support the sculpture. Water pours from the base of the platform and there are six clusters of water jets in the interior of the basin.

In 1977, City Councilman Bruce R. Watkins organized the Spirit of Freedom Foundation to develop a monument to the contributions of African-Americans in Kansas City. Richard Hunt, a black Chicago sculptor, presented an abstract model to reflect the symbolic nature of the subject. He also noted that it was in keeping with the improvisational aspects of Kansas City jazz. The fountain was dedicated in 1981 exactly one year after Watkins’ death.