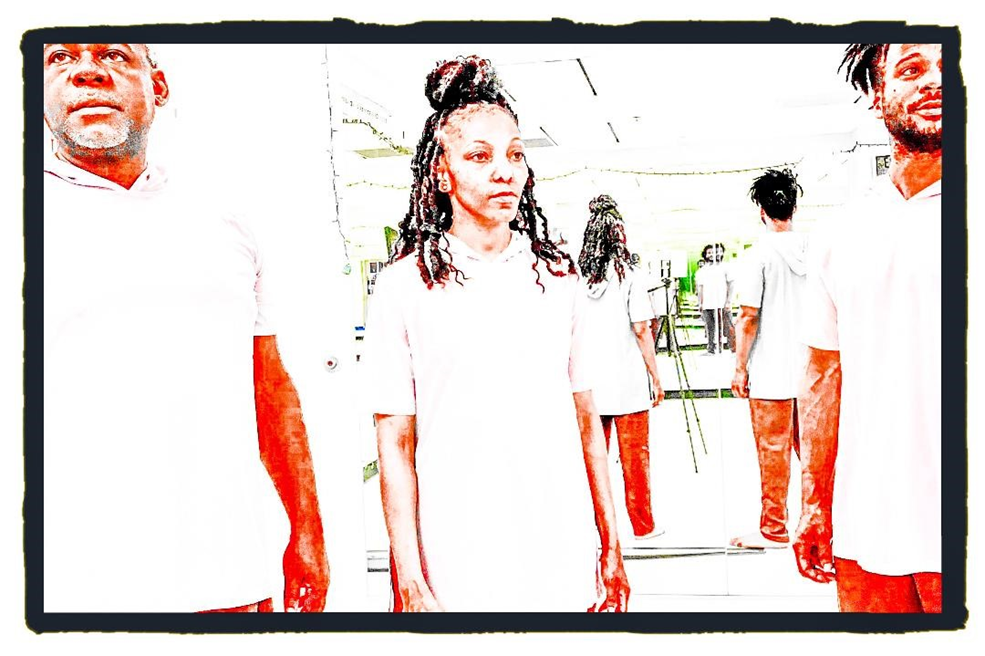 Tyrone Aiken, Chief Artistic Officer for Kansas City Friends of Alvin Ailey is a Choreographer, teacher, dancer, and arts administrator. He is a graduate of the Ailey School’s Certificate Program in 1983. Tyrone began his professional dance career with the Cleo Parker Dance Ensemble in 1983. Tyrone’s choreographic credits include “Summerland” commissioned by Dance Theater of Harlem’s Virginia Johnson. In Kansas City Tyrone has choreographed for The Lyric Opera, The Coterie Theater, The KC Symphony, Wylliams/Henry Dance Theatre, KC Ballet, the KC Rep, and the Nelson Atkins Museum. Tyrone created AileyCamp the Group in 1995, Setting the Stage in 1997 and a second AileyCamp serving Kansas in 2000. He successfully launched KCFAA’s move to the Jazz District in 2007 and lead KCFAA through a strategic plan with Michael Kaiser creating a new Symposium series. Tyrone received a Pinnacle Award for Arts excellence from the Johnson County Library, Neighborhood Hero Award from Bank of America, the Robert A. and Dr. Phyllis Bernstein Humanitarian Award from the Jewish Family and Children Services and traveled to the White House to accept the Coming Up Taller award presented to KCFAA for AileyCamp. Tyrone is a member of the African American Artist Collective of Kansas City Missouri, Kansas City Municipal Arts Commissioner, and a Hollins University MFA in dance candidate.

Latra Wilson, (Tyler, Texas) began her dance training at The Dance Factory. She went on to study at the University of Missouri-Kansas City where she graduated with a BFA in Dance. Ms. Wilson has had the distinct pleasure to train as a scholarship recipient at The Center Dance, Alvin Ailey American Dance Center, and Tisch Dance Summer Festival. Ms. Wilson has worked and performed with Taylor 2, Kansas City Friends of Alvin Ailey, Wylliams/Henry Contemporary Dance Company, Earl Mosely Diversity in Dance, Illuminate Artist of Lights, Opera Theatre of Saint Louis’s production of “The Kiss” & world premiere of “Champion”, Owen/Cox Dance and Broadway Dance Lab Cycle 2. As a teaching artist Ms. Wilson is currently working with KCFAA, Youth Arts Academy and Alvin Ailey Arts in Education. In addition, Ms. Wilson just signed with McDonald Selznick Associates, also participating in various productions with The Box, Queen of The Night Late Night and Company Stefanie Batten Bland in NYC, and Rehearsal Director for the DynamitExperience.

Sheri “Purpose” Hall is an author of three books, including poetry, epistles and a collection of writings titled “Black Girl Shattered.” A dedicated social activist, Hall has been a steady and consistent fixture in Kansas City’s vibrant spoken word scene, receiving numerous awards and accolades along the way. Hall was the 2017 ArtsKC Inspiration Breakfast featured artist and a 2017 ArtsKC Inspiration Grant recipient. She has both founded and worked with many local organizations, including Arsyn Press, East of Red ArtHouse, KC Poet Tree, Poetry for Personal Power and For the Win slam team, and she has represented Kansas City at the Women of the World Poetry Slam and the National Poetry Slam. In March, Hall performed at the Beautiful and Strange Tour at the Sankofa Cafe. Currently, she is helping to produce the 3rd Annual Music and More Poetry Awards, which will be held May 18 at the Bruce R. Watkins Cultural Heritage Center. Hall contributed to and performed in Kansas City Friends of Alvin Ailey’s Gone Before choreographed by Tyrone Aiken at the Folly.

While the coronavirus pandemic prevented audiences from enjoying evenings under the stars in 2020, Starlight is excited to look ahead... Read More...

The City of Kansas City, Missouri Parks and Recreation Department is looking for a one-of-a-kind team to build a one-of-a... Read More...

As the national blood shortage rages on, Starlight and several neighboring Swope Park organizations are stepping in to help. The... Read More...