NY Times: Easing Brain Fatigue With a Walk in the Park 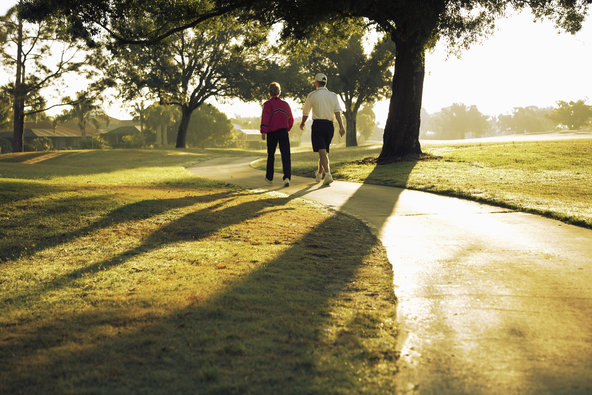 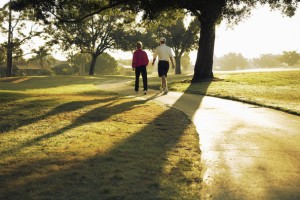 Scientists have known for some time that the human brain’s ability to stay calm and focused is limited and can be overwhelmed by the constant noise and hectic, jangling demands of city living, sometimes resulting in a condition informally known as brain fatigue.

With brain fatigue, you are easily distracted, forgetful and mentally flighty — or, in other words, me.

But an innovative new study from Scotland suggests that you can ease brain fatigue simply by strolling through a leafy park.

The idea that visiting green spaces like parks or tree-filled plazas lessens stress and improves concentration is not new. Researchers have long theorized that green spaces are calming, requiring less of our so-called directed mental attention than busy, urban streets do. Instead, natural settings invoke “soft fascination,” a beguiling term for quiet contemplation, during which directed attention is barely called upon and the brain can reset those overstretched resources and reduce mental fatigue.

But this theory, while agreeable, has been difficult to put to the test. Previous studies have found that people who live near trees and parks have lower levels of cortisol, a stress hormone, in their saliva than those who live primarily amid concrete, and that children with attention deficits tend to concentrate and perform better on cognitive tests after walking through parks or arboretums. More directly, scientists have brought volunteers into a lab, attached electrodes to their heads and shown them photographs of natural or urban scenes, and found that the brain wave readouts show that the volunteers are more calm and meditative when they view the natural scenes.

But it had not been possible to study the brains of people while they were actually outside, moving through the city and the parks. Or it wasn’t, until the recent development of a lightweight, portable version of the electroencephalogram, a technology that studies brain wave patterns.

For the new study, published this month in The British Journal of Sports Medicine, researchers at Heriot-Watt University in Edinburgh and the University of Edinburgh attached these new, portable EEGs to the scalps of 12 healthy young adults. The electrodes, hidden unobtrusively beneath an ordinary looking fabric cap, sent brain wave readings wirelessly to a laptop carried in a backpack by each volunteer.

The researchers, who had been studying the cognitive impacts of green spaces for some time, then sent each volunteer out on a short walk of about a mile and half that wound through three different sections of Edinburgh.

The first half mile or so took walkers through an older, historic shopping district, with fine, old buildings and plenty of pedestrians on the sidewalk, but only light vehicle traffic.

The walkers then moved onto a path that led through a park-like setting for another half mile.

Finally, they ended their walk strolling through a busy, commercial district, with heavy automobile traffic and concrete buildings.

The walkers had been told to move at their own speed, not to rush or dawdle. Most finished the walk in about 25 minutes.

Throughout that time, the portable EEGs on their heads continued to feed information about brain wave patterns to the laptops they carried.

Afterward, the researchers compared the read-outs, looking for wave patterns that they felt were related to measures of frustration, directed attention (which they called “engagement”), mental arousal and meditativeness or calm.

What they found confirmed the idea that green spaces lessen brain fatigue.

When the volunteers made their way through the urbanized, busy areas, particularly the heavily trafficked commercial district at the end of their walk, their brain wave patterns consistently showed that they were more aroused, attentive and frustrated than when they walked through the parkland, where brain-wave readings became more meditative.

While traveling through the park, the walkers were mentally quieter.

Which is not to say that they weren’t paying attention, said Jenny Roe, a professor in the School of the Built Environment at Heriot-Watt University, who oversaw the study. “Natural environments still engage” the brain, she said, but the attention demanded “is effortless. It’s called involuntary attention in psychology. It holds our attention while at the same time allowing scope for reflection,” and providing a palliative to the nonstop attentional demands of typical, city streets.

Of course, her study was small, more of a pilot study of the nifty new, portable EEG technology than a definitive examination of the cognitive effects of seeing green.

But even so, she said, the findings were consistent and strong and, from the viewpoint of those of us over-engaged in attention-hogging urban lives, valuable. The study suggests that, right about now, you should consider “taking a break from work,” Dr. Roe said, and “going for a walk in a green space or just sitting, or even viewing green spaces from your office window.” This is not unproductive lollygagging, Dr. Roe helpfully assured us. “It is likely to have a restorative effect and help with attention fatigue and stress recovery.”