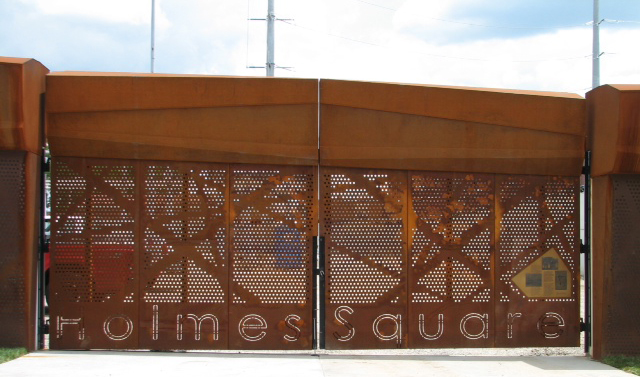 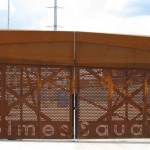 During the era of bath houses and countless factories, the first official Kansas City park, Holmes Square, was opened in 1897 in the 18th and Holmes area. Ms. Elenore Canny was assigned as the official park monitor in 1908.

In an effort to protect the many children who visited the playground, Canny found it necessary to run off factory workers who attempted to keep the children out, so they could use it for themselves. Ms. Canny’s efforts were sometimes met with resistance as she was “only” a park monitor.  Canny didn’t possess the powers of arrest, a uniform or a weapon.

Feeling the need to step up her authority, the Parks and Recreation Board approached the Police Board to broaden Canny’s supervisory role. Before women were even afforded the right to vote, Canny was sworn in as the Kansas City Missouri Police Department’s first female commissioned officer in 1910. She ispossibly the first in the entire United States.

With badge in hand, Canny was able to more effectively impress the need to vacate the area or be arrested. Ms. Canny later became the Supervisor of Playgrounds and then left the city’s employment to go back to school to become a teacher.

A plaque honoring Canny was unveiled on June 7 at Kansas City Power and Light’s electrical substation renovation ribbon-cutting event.  The substation’s is a work of art featuring “Holmes Square” cut out along the bottom edge and Canny’s plaque on the upper right. Visitors are able to transfer the etched photos from the plaque to paper by rubbing a pencil over the area. The A. Zahner Company generously donated the materials and created the gate and plaque.