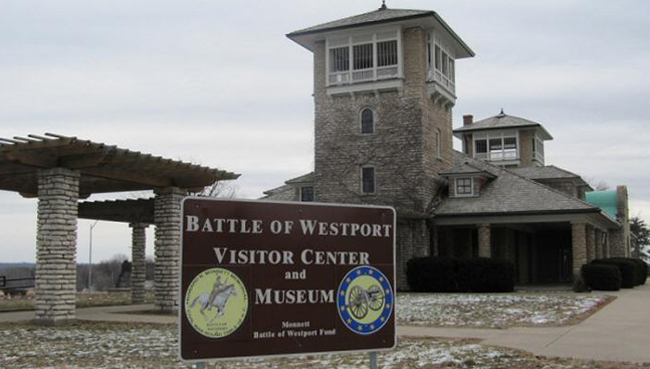 The Battle of Westport Museum & Visitor Center in Swope Park tells the story of the stirring events of the Battle of Westport, the largest Civil War battle fought west of the Mississippi. Visitors can view the historic Byram’s Ford crossing, the scenery where Union General Samuel Curtis constructed a defensive line stretching for ten miles along the banks of the Big Blue River, and Pratt’s artillery replica on Bloody Hill.

The visitor’s center is open April through October, Thursday-Saturday from 1-5  p.m.