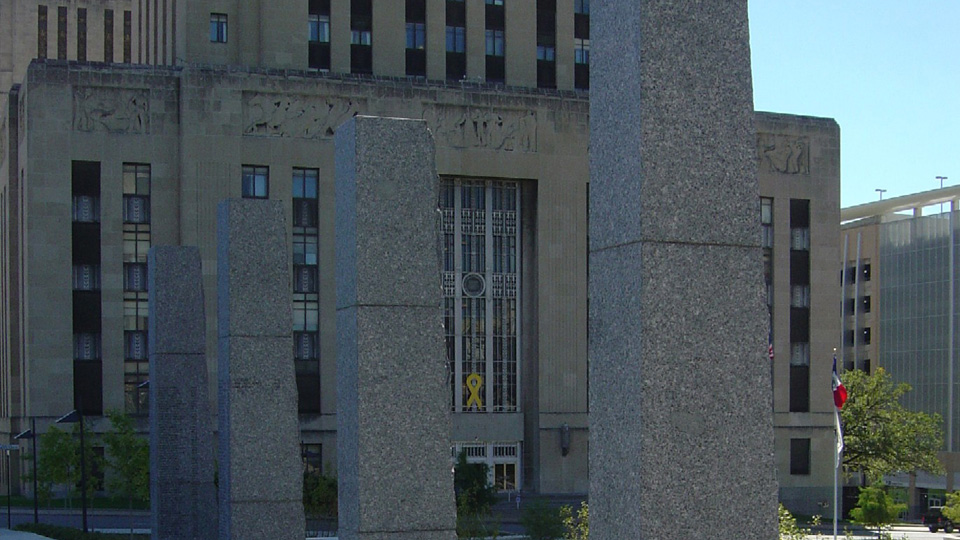 Also in the park is a City Employee Memorial which honors over 200 employees who lost their lives in the line of duty and a Bill of Rights monument created by Xin Kun Wu that had been located at the previous Federal courthouse. The new Federal Courthouse was dedicated as Charles Evans Whittaker United States Courthouse and opened in 1998. It was named in honor of Justice Whittaker who lived and practiced law in Kansas City for many years and was appointed to the US Supreme Court in 1957.