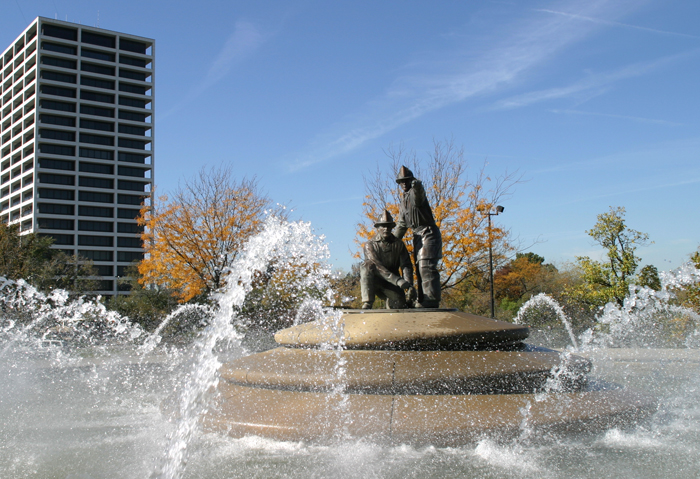 Description: This fountain located at the south end of Penn Valley Park is a collaborative effort from many private sources to pay tribute to the men and women of the city’s firefighters and memorialize those who have given their lives in the line of duty. The fountain features two bronze figures surrounded by 48 streams of water falling into an 80-foot wide basin. A bronze large than life sculpture of a firefighter with his head bowed is directly to the north of the fountain.Behind the sculpture is a curved stone wall with bronze plaquesthat list the name of the fallen firefighters.

Six firefighters died suddenly in an huge explosion in 1988 and the community was spurred to support the campaign to create the fountain and the memorial tribute to all firefighters.

Renovations Dedicated: September 11, 2015
Arizona artist Barbara Grygutis was selected through a Call-For-Artists process in 2011 to create a site-specific artwork for the Firefighters Fountain and Memorial in Penn Valley Park. The artist met several times with the project steering committee and developed a design which incorporated particular goals for the site, including re-working and correcting the names of fallen firefighters included in the memorial. The art project consists of two large, segmented, curved ‘walls’, each consisting of a double row of perforated aluminum panels, mounted on a low limestone wall. Solid aluminum plaques will be mounted on one side, etched with the names of fallen firefighters. 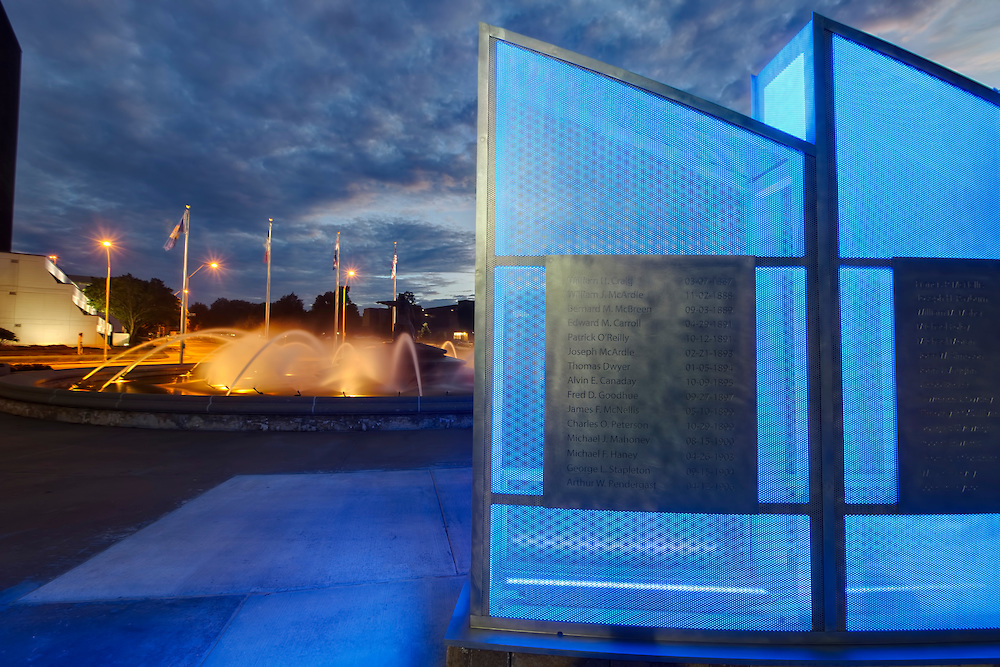