The François Chouteau & Native American Heritage Fountain is currently under development on the west side of Chouteau Parkway, south of I-35, north of Parvin Road… nestled along the Chouteau Greenway near the Chouteau Rain Gardens.

Kansas City is adding a new jewel to its crown, just in time for Missouri’s 2021 Bicentennial. A beautiful new park in the Northland will depict and commemorate the the French trader François Chouteau and the Native Americans who founded the city when they built a trading post here in 1821. And befitting a city of fountains, this park will be a work of art.

The François Chouteau & Native American Heritage Fountain will offer a look into the past with authentic, period surroundings. Resembling the river bluffs where Rock Creek and the Missouri River converge, the fountain will spill water over limestone river rocks as mist jets create a gentle fog that hovers over the “river.” Three majestic statues will perch atop the bluff depicting a trade encounter, while elsewhere, a Native American trapper stalks his prey. Sculptures created by KC Artist, Kwan Wu.

Plans also include an open plaza where groups and classes can gather as well as a bus drop-off for safe loading and unloading. 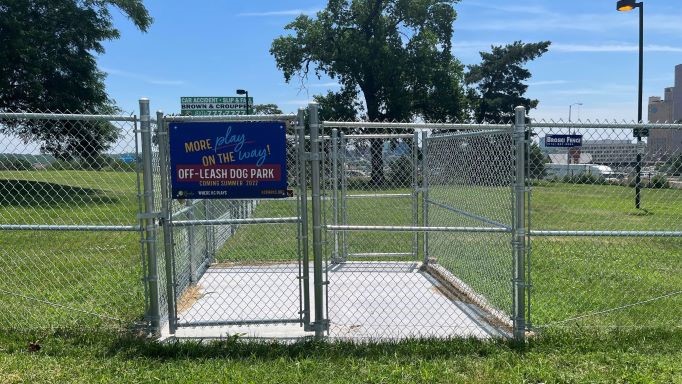