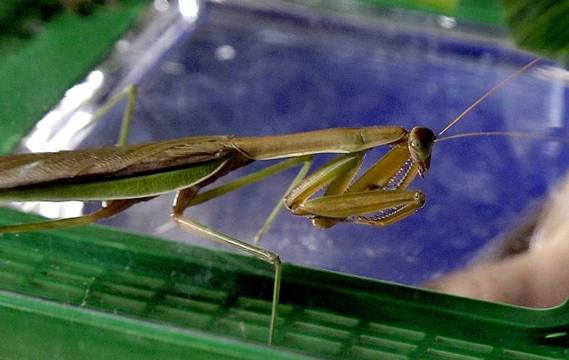 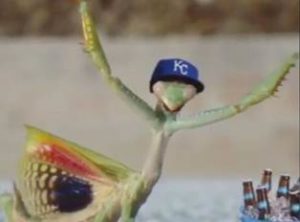 Mr. Rally Mantis Jr. has passed away of old age after a long and plentiful life.  Alas he was a lifelong bachelor choosing a life of baseball over the standard mantis copulation beheading ritual.  His passing up to the big ball diamond  in the sky  coincides  with the date his beloved  Royals won the 2015 World Series.

He was preceded in death by his 569 sisters and brothers his beheaded father Walter and his fertile  mother Hildebrand. Rally wished for a  small funeral and his wishes were observed with a muted flush.

Well wishes and those wishing to remember his life may call at Lakeside Nature Center on  Saturday,  November 5 from 10:00 to 10:15 AM. His passing words were “Forever Royal”.  Play Ball!