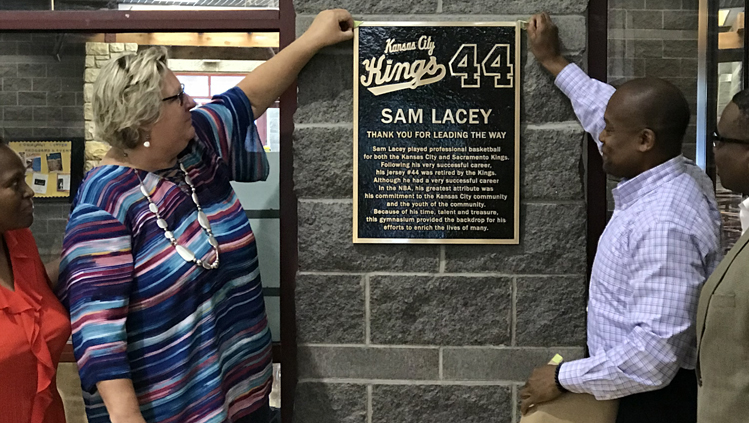 Sam Lacey, a distinguished citizen of Kansas City, Missouri, who passed away in 2014 was honored on August 18 at the Gregg Klice Community Center when a plaque was in his honor was unveiled and permanently placed in the GKCC gymnasium.

Who was Sam Lacey??