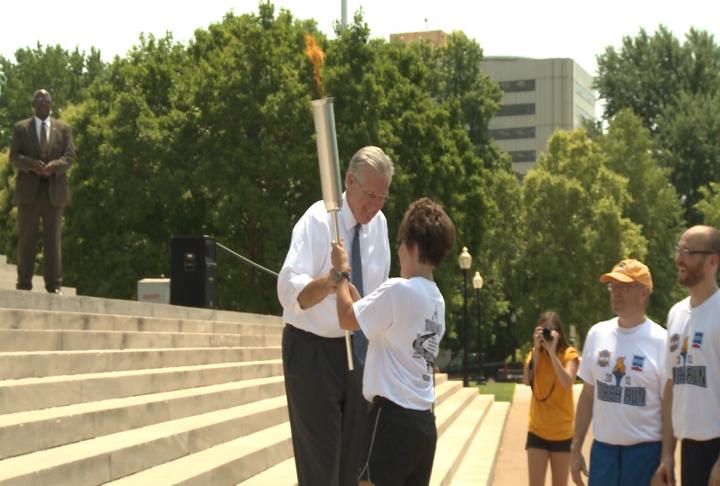 The Show-Me State Games along with Shelter Insurance® is excited to announce the dates and cities for the 2014 Torch Run.

The Torch Run will take place in eight cities throughout Missouri this spring and summer including:

The Torch Run will culminate with the Opening Ceremonies festivities at the Hearnes Center on Friday, July 18 at 7 p.m.

“The Torch Run is a great way to show Missourians the benefits of participating in the Show-Me State Games.  We enjoyed helping share that message and look forward to expanding the event this year,” said Frank Thompson, Vice President of Marketing for Shelter Insurance® and Show-Me State Games Steering Committee Chair.

“We are excited to expand our Torch Run as part of our 30th anniversary celebration, and we appreciate the support of Shelter Insurance® to help us get the word out about the GAMES throughout the state of Missouri” said Ken Ash, Executive Director of the Show-Me State Games.

Individuals interested in running the torch can email Emily Lorenz at peurrunge@Missouri.edu for more details.