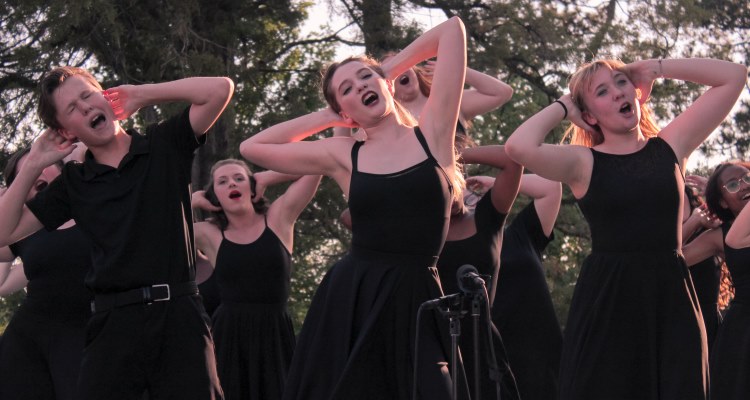 Kansas City area teens and tweens who are interested in musical theatre and performance should mark their calendars for upcoming auditions at Starlight Theatre. Students can audition in late March for Starlight’s two summer performance and training programs – the Starlight STARS and Starlight STARS of Tomorrow.

Audition dates and times at Starlight are as follows:

High school students cast in the Starlight STARS will develop and hone their performance skills, build their resumes and gain experience in a variety of performance styles. Troupe members learn a musical theatre medley to perform at Starlight prior to select Broadway performances and throughout the community.

Middle school students cast in the Starlight STARS of Tomorrow will build foundational skills, learn the theatre process, and work alongside peers who share their passion for the arts. Troupe members learn a medley of songs from Starlight’s AdventHealth Broadway season and perform it at Starlight prior to select Broadway performances and throughout the community.

To audition, students must prepare and memorize 32 bars of a Broadway musical piece, perform in a group dance call, and provide a current resume and headshot. To RSVP for an audition or for more information, visit www.kcstarlight.com/education or email education@kcstarlight.com.