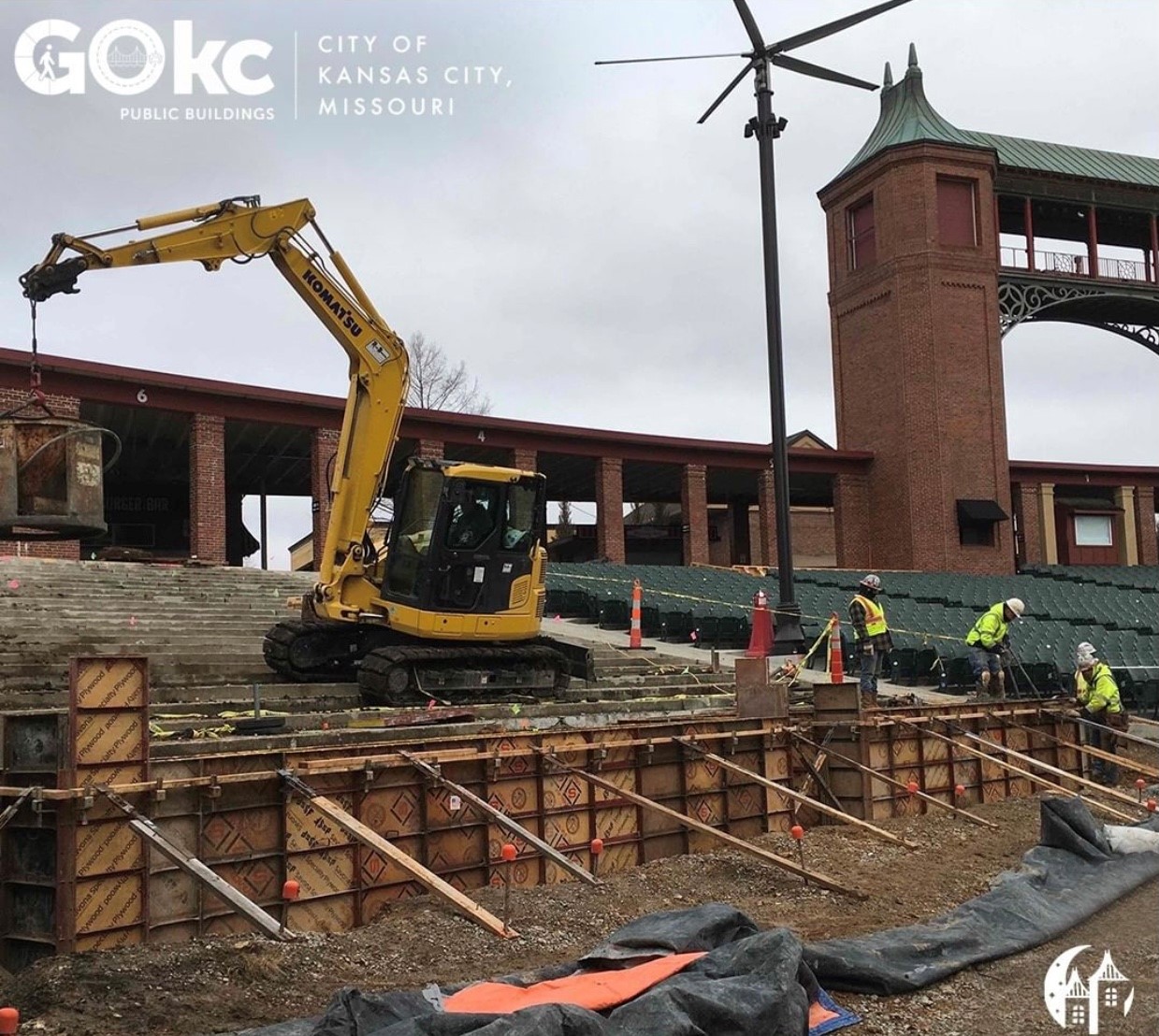 While the coronavirus pandemic kept audiences away from Starlight for the majority of 2020, construction crews, the Starlight operations department and the City of Kansas City, Missouri (KCMO), have been busy in this extended off season. When audiences return to the theatre this summer, they’ll notice a number of much-needed Americans with Disabilities Act (ADA) improvements throughout the venue identified following a Department of Justice inspection. Starlight strives to be an accessible venue for all audiences, and these upgrades will improve accessibility and the visitor experience for all patrons at Kansas City’s oldest and largest performing arts venue.

The fast-tracked, six-month construction project began off-season in October 2020 and will continue through the winter for an anticipated completion date in mid-April 2021, just in time for next season’s shows. This summer, audiences will notice numerous walkways leveled throughout the venue, an increase in the number of ADA and ADA companion seats in Starlight’s Producers Circle and Box sections, elevation of the outer Terrace sections to improve sight lines over the Plaza ADA seating and elevated ADA seating at the Terrace level. New, accessible informational, directional and weather shelter signage will be installed throughout the venue.

The project also includes upgrades to the front of house theatre with an accessibility lift option for production staff. This allows for lowering the equipment to improve visibility and opens more seating in the Terrace section behind the former sound booth. The video booth will also move to be centered within the venue.

“The Starlight ADA improvements project is a great example of using voter-approved GO Bond funds to improve a true community asset,” said City Manager Brian Platt. “This investment will not only provide much needed upgrades to Starlight Theatre, but more importantly, make one of our key performing arts centers more accessible for all Kansas Citians.”

With construction scheduled for completion in mid-April, Starlight leadership and staff plan to present a safe summer under the stars in 2021. While a number of changes have occurred to touring Broadway productions, Starlight’s President & CEO, Rich Baker, is working with numerous professional venues across the country to bring Broadway to Kansas City this summer. The new 2021 Broadway season is set to be announced soon.