Starlight@Home to Produce and Stream Exclusive Concert with Starhaven Rounders 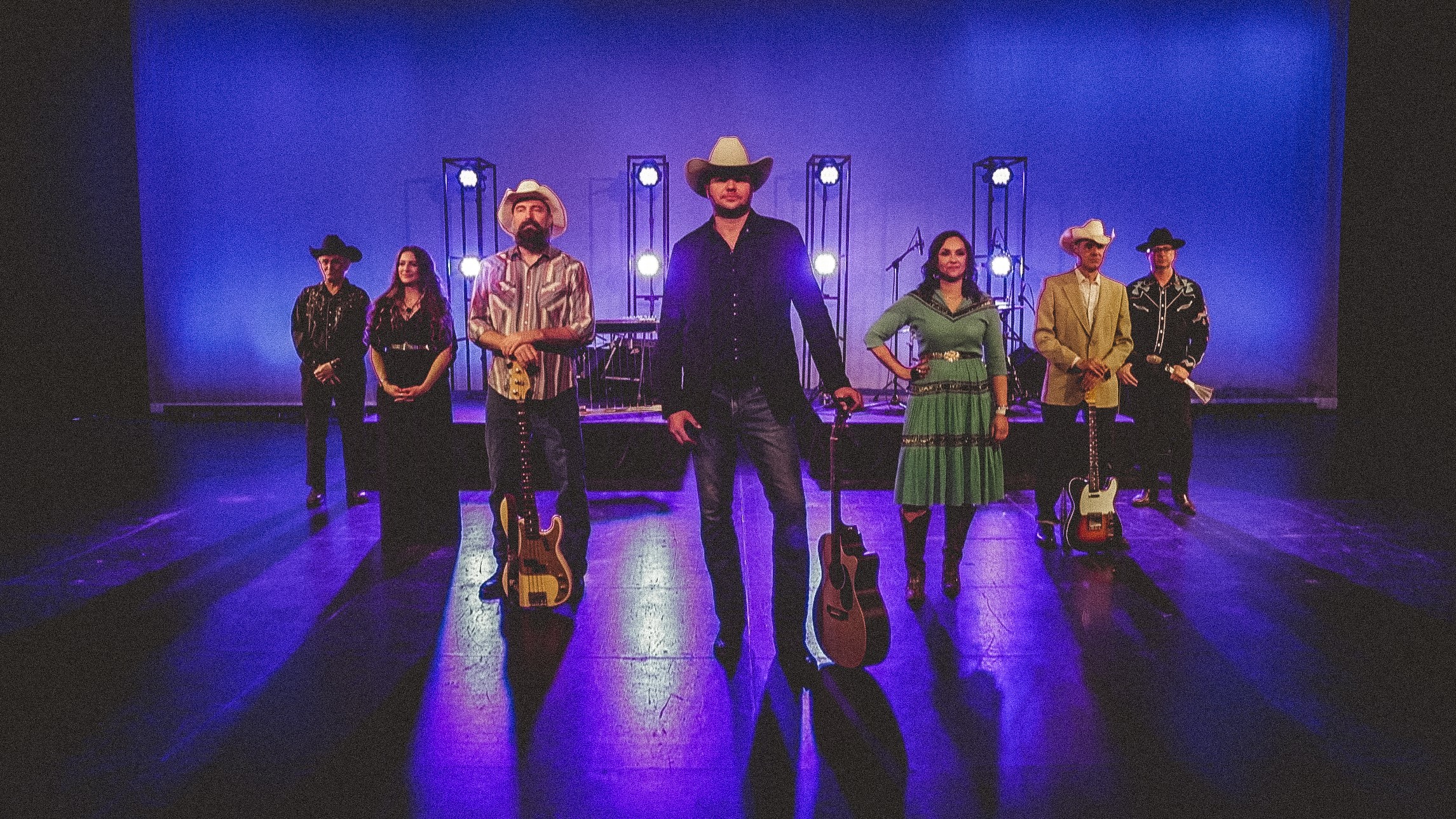 Following two successful streaming events, Starlight has collaborated with one of Kansas City’s most popular bands for a one-night-only virtual concert, playing Friday, February 19 with Starlight@Home. The Starhaven Rounders first appeared on the Kansas City music scene in 2011 and have earned a reputation for their high-energy shows. This homegrown five-piece band is a country western lover’s dream, featuring pedal steel and dueling male/female vocalists.

A team of Starlight multimedia and production staff worked to capture this concert offering at a safe social distance at Starlight in mid-January. The project was 100% local, and the streaming performance is an exclusive premiere with Starlight@Home to help support both the theatre and the artists during the COVID-19 pandemic. Access to the live stream is a minimum of $10 per household, with a pay-what-you-can feature available for those who can give more.

“Partnering with a local group allowed both parties the freedom to create this incredible performance,” Bill Waugh, Starlight’s vice president of concerts, said. “It was a good feeling for our videographer, lighting and sound technicians, artists and everyone involved to make live entertainment happen on our stage once again.”

Conceived by drummer Wade Williamson (the descendant of a long line of country western musicians) The Starhaven Rounders pull material for their songbook from other eras, performing fan favorites like ‘Tulsa Time’ and ‘Six Days on the Road’, in addition to lesser known songs from iconic country legends like Willie Nelson, George Jones, Johnny Cash, Waylon Jennings and more. Even people who don’t consider themselves fans of the genre will get caught up in the Rounders’ upbeat, full throttle performances.

This exclusive concert with The Starhaven Rounders is the latest streaming option with Starlight@Home. With affordable tickets sold per household per show, Starlight@Home features a number of planned virtual shows that not only bring entertainment into patrons living rooms, but also support Starlight.

“I’m proud to be collaborating with Starlight’s concert division for our latest Starlight@Home offering,” Caroline Gibel, director of indoor programming, said. “I personally wasn’t as familiar with The Starhaven Rounders until this project, and now I can’t get these classic songs out of my head. Even if you aren’t traditionally a country and western fan, you’ll enjoy this show!”

In addition to shows to WATCH, Starlight@Home consists of EXPLORE and LEARN initiatives as well. In the EXPLORE section, patrons will find links to a number of recorded performances including Broadway productions, concerts and podcasts that are available to stream for free. Starlight encourages everyone to check out the LEARN section for a number of free, educational theatre resources for students and theatre fans of all ages.

The Starhaven Rounders concert is available to stream for one night only, Friday February 19, with on demand access 6 p.m. – midnight that day. To purchase tickets, visit kcstarlight.com or call 816-363-7827. Tickets are available for a minimum of $10 per household with a pay-what-you-can feature available for those who can give more or if viewers wish to additionally support Starlight and The Starhaven Rounders. Once purchased, the patron will receive an email with instructions on how to login to the performance. On the day of the show, they must follow those instructions and will be able to stream when the performance is ready to begin.

Visit kcstarlight.com/starlightathome for more information and to access EXPLORE and LEARN content from home. More shows will be released to WATCH through Starlight@Home soon.

Opened as a theatre in 1950 and a nonprofit organization in 1951, Starlight is the largest and oldest performing arts institution in Kansas City and provides inspiring, one-of-a-kind experiences to its patrons. Starlight presents and produces Broadway musicals, concerts and Indoors shows in addition to offering extensive community outreach and educational programming, including classes, scholarships and Starlight’s Blue Star Awards, one of the largest high school musical theatre award programs in the nation.