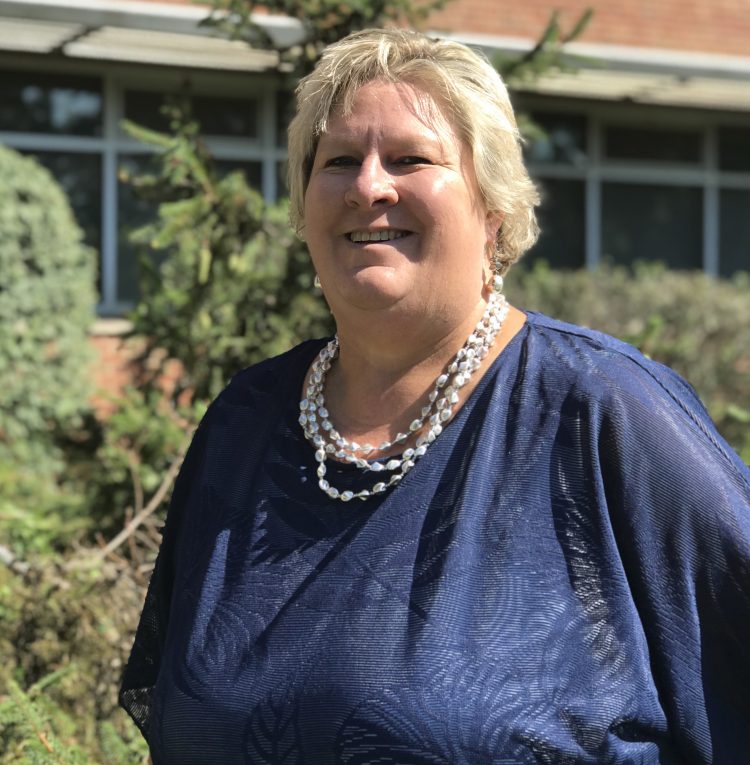 Terry Rynard grew up walking to Chouteau Elementary through a Kansas City park called Buckeye Greenway every day. It was a dream for a young kid with too much curiosity, energy and house key on a piece of yarn around her neck. She was fortunate to have Parks and Recreation leaders stay after school a few days a week and teach sports or do arts and crafts projects. These adults provided the leadership and structure to help the kids stay out of trouble. In 1974, on the way home from school one day, Terry noticed the swing had been vandalized and a sharp piece of medal was protruding. Although only 10 at the time, she was afraid “kids” could get hurt so she was attempting to swing it over the bar and out of harm’s way. Her aim fell short and the swing came back at her. She ducked just in time to have her head sliced open requiring 7 stitches.

She loved being outside and going to the park every day in the summer as well for Parks and Rec activities. At 16, while looking for a job in the outdoors, she found one with Parks and Recreation as the lowest level seasonal worker position, “whipping weeds”. The time period was BW (before weed eaters). After a few summers she was allowed to use a riding mower called a Heckendorn. Only one of three girls for the first few summers, the three young ladies were all stubborn and refused to get any special treatment or concessions for being girls. If one of the boys could mow a park in an hour, Karen, Terry or Susan would mow it in 45 minutes. If the guys were carrying a roll of sod, the girls would try to carry two rolls each. And, so it went for six summers while she finished high school and attended college.

Terry credits having a lot of good teachers, coaches and mentors along the way. She is blessed that her parents adopted her as a 3-week old baby and have always supported her crazy dreams. She is quick to acknowledge her success has been a family affair. Her husband Matt of 32 years, pulled extra duty with their 3 kids so she could dedicate herself to the hours needed to do a good job. The kids have always been understanding and supportive as well, even when mom was asking them to pick up trash in a park, or help clean a shelter house on Easter Day because someone forgot to show up for work. They have threatened to write on her tombstone, “here lies mom, she always made us pick up trash”.

Terry succeeds Mark McHenry who was with KC Parks for 44 years and served as Director for the past 15 years. He retired at the end of 2018.  Terry and Mark’s  love and passion for the department and the community are very similar. They share values regarding the environment, social equity, park quality, park development and enriching programmatic experiences accessible to all. Terry is excited to be carrying on the 127-year-old tradition of KC Parks and Recreation.