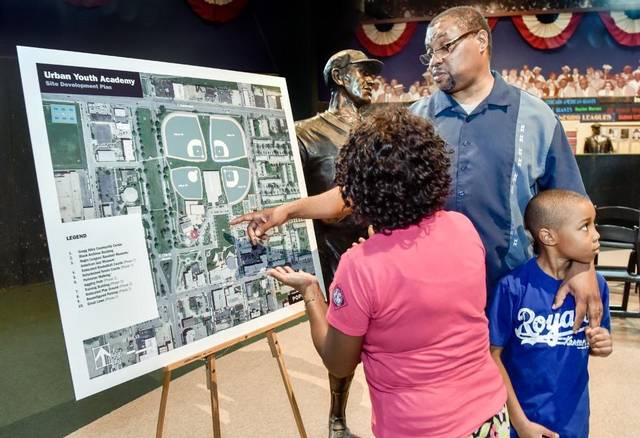 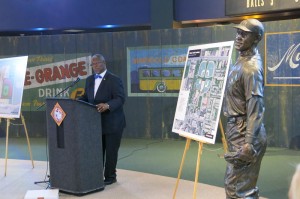 The two-phase project would represent an investment from private and public funds. Phase 2 is contingent upon the successful completion of a capital campaign to be led by community leaders. The Academy will transform the 21-acre park and enhance the area bounded by Truman Road, 18th Street, The Paseo and Woodland Avenue.  Other improvements planned as part of the project include a walking trail, new basketball courts, a playground, refurbished tennis courts and a Great Lawn area that can serve as a site for special events.

Phase 1 of the project is scheduled to open by the fall of 2016.  Construction of Phase 2 of the project, including an indoor baseball training facility and the installation of lighting for the baseball fields, would commence following the successful completion of the capital campaign.

This project will enhance Parade Park for neighbors and support the existing efforts of Major League Baseball and the Major League Baseball Players Association to attract more youth to the game, particularly through the MLB Urban Youth Academy network. The Academy will partner with the Boys and Girls Clubs of Greater Kansas City to help support the local Reviving Baseball in the Inner Cities (RBI) programs and youth baseball initiatives around the City.

“Through a partnership of Major League Baseball, the Major League Baseball Players Association, The Royals, and the City, we will use professional baseball instruction as a vehicle to provide urban youth with educational and career opportunities while simultaneously bringing attention to important community institutions like the Negro Leagues Baseball Museum, the Black Archives, the Parade Park neighborhood and the 18th and Vine area,” Mayor James said.  “Buck O’Neil cared deeply about all of these issues, and he would be proud of what we are doing here today.”

“The Kansas City Royals are deeply committed to growing the great game of baseball in our community and throughout the region,” Moore said. “The Kansas City Urban Youth Academy will provide special opportunities for boys and girls to develop their baseball and softball skills while, most importantly, growing as leaders.”

“Major League Baseball is honored to help bring an Academy to the children of Kansas City, the first professional baseball home of the great Jackie Robinson,” said Baseball Commissioner Robert D. Manfred, Jr. “For years, Urban Youth Academies have not only served as safe places for baseball and softball opportunities for young people, but also as points of pride for local communities. This is a great era for baseball in Kansas City and we are pleased to contribute to the game’s future here in such a meaningful way.”

“Kansas City has played an important role throughout the history of our great sport, especially as it relates to the participation and support baseball enjoys from the African American community,” said MLBPA Executive Director, Tony Clark.  “Major League baseball Players are fully aware of this history, and that’s why today’s announcement is an important one.  Not only are today’s Players stepping up to support a community that has supported generations of Players before them, the Players are getting involved because they are determined to reinvigorate the participation and interest in baseball, especially among minority populations. We thank everyone involved in this partnership for providing the blueprints to help the dreams of the area’s youth come true.”

The Kansas City MLB Urban Youth Academy’s initial goal will be to serve approximately 800-1,000 youth per year, ages 6-18. In addition to providing free, year-round baseball and softball instruction and play, including hosting tournaments, coaching clinics and skills camps, the Academy will provide youth with access to tutoring programs, college prep classes, college and career fairs, financial literacy and internship programs, courses teaching math through the use of baseball statistics and MLB industry alternative career workshops. Youth will also have opportunities to be involved in drug resistance and gang-prevention programs and healthy lifestyle classes.

The first MLB Urban Youth Academy in Compton was established in 2006. Together, all Academies currently provide free, year-round baseball and softball training and instruction to approximately 12,000 young men and women Academy members and over 20,000 more through additional tournaments and programs.

A portion of the funds allocated to the project will be supplied by the new MLB-MLBPA joint youth development initiative. Announced in July, the program supports key baseball and softball programs designed to improve access to the sport across the United States and Canada.  The Kansas City Urban Youth Academy is one of the first projects to receive funding and support from this new MLB-MLBPA initiative.

Operations of the Kansas City MLB Urban Youth Academy will be supported in a manner similar to a lower-level minor league club and will be covered entirely by the Kansas City Royals, the Glass family and local charitable support. In addition to employment of the personnel operating the Academy, the Royals will provide equipment, supplies, utilities and other operating costs.

Additional full and part-time employment is anticipated. Academy and Boys & Girls Clubs programming is expected to both enhance and benefit from current 18th & Vine amenities, including the Negro Leagues Baseball Museum, the American Jazz Museum, Gregg-Klice Community Center, the Black Archives of Mid-America, Gem Theater and the Full Employment Council.

The Academy and park improvements will be developed in two phases:

●      Phase I includes two full-size baseball fields, including one with permanent and portable bleachers for tournament play; two youth baseball-softball fields; a half-mile walking trail with views of the baseball and softball diamonds; relocated basketball courts; relocated and renovated tennis courts, and a new playground near the community center.

●      Phase II includes the indoor training facility with a turf infield, batting cages, pitching mounds, restrooms and concession facilities for the diamonds; a Great Lawn that will serve as a front yard for the Academy and as a shared event space, and additional parking.

Funding for construction will come from the Major League Baseball Urban Youth Foundation; the Major League Baseball Players Association; the City of Kansas City capital improvements sales tax; the State of Missouri and private donations raised by the Capital Campaign Committee.  The City will apply for Missouri Development Finance Board tax credits to assist with the effort to raise the private funding required to complete Phase II of the project.