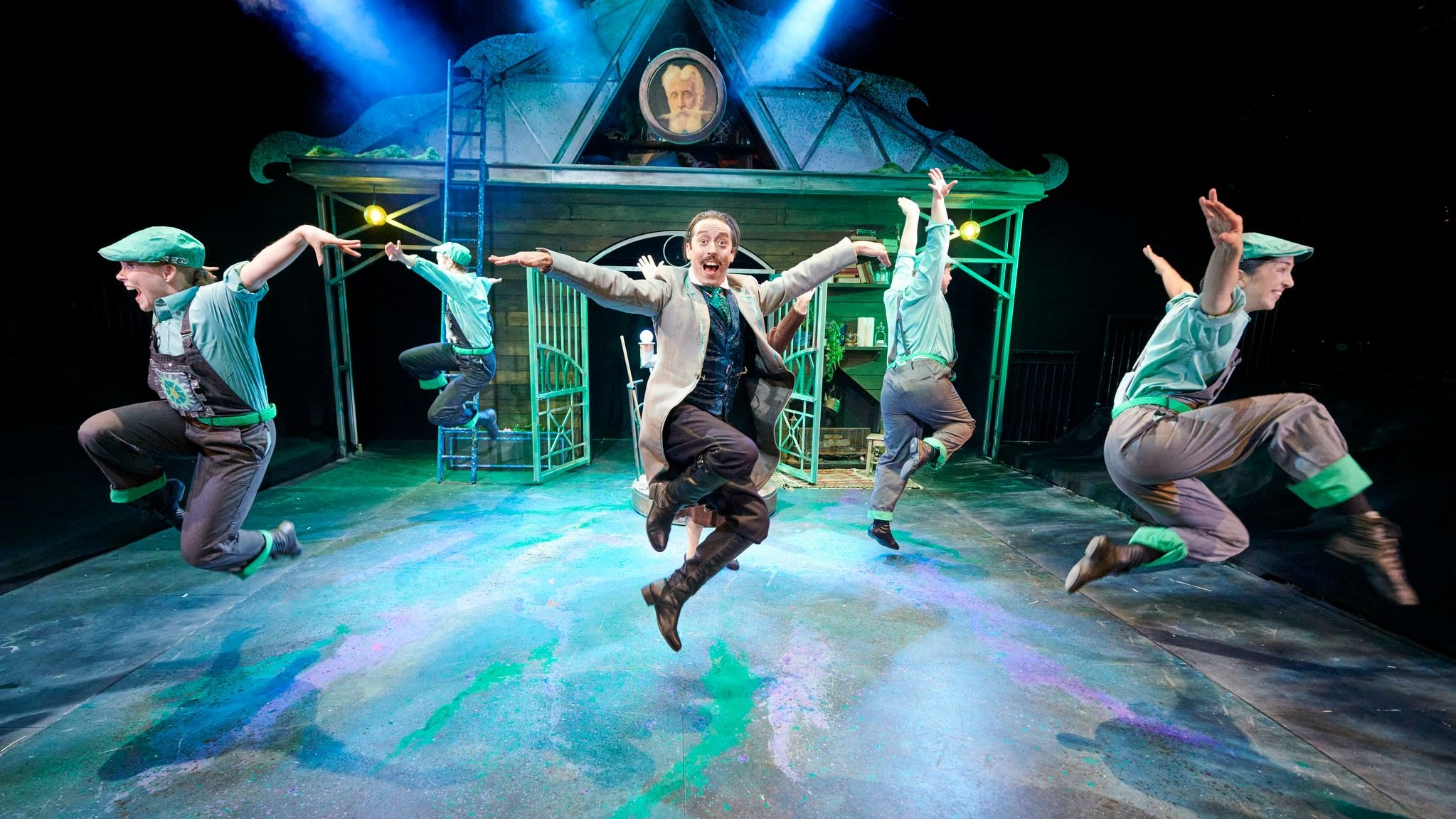 The Sorcerer’s Apprentice is a brand-new musical that was set to open in England this year. Now, a streamed version of the live production is available to audiences for a limited time.

Starlight is excited to announce another fantastic streaming production with Starlight@Home. The Sorcerer’s Apprentice, an enchanting new musical, will stream with a limited number of tickets available per performance on select dates from March 26-April 11. With an incredible cast of performers and fantastic puppetry, stunning choreography and accompanied by a live band, The Sorcerer’s Apprentice is perfect for families to experience the magic of musical theatre from the comfort of their homes.

Against the backdrop of the Northern Lights, a small town has been pushed to the brink of collapse in a bid for progress and prosperity. To rescue it from certain destruction, father and daughter must work together. The Sorcerer’s Apprentice explores the extraordinary world of a sorcerer and his rebellious daughter, as she discovers the explosive possibilities of her newfound magical powers. In this gripping family-friendly story, father and daughter heal their relationship to work together, enchanted brooms come to life and love blossoms anew.

“This beautiful production will keep kids engaged with its incredible puppetry and costumes and adults entranced with the gripping storyline,” Caroline Gibel, Director of Programming, said. “Paired with an enchanting score, there’s something for everyone to love with The Sorcerer’s Apprentice.”

Acclaimed British musical theatre writers Richard Hough and Ben Morales Frost have created this new twist on the timeless poem by Johann Wolfgang von Goethe, which also inspired the Dukas symphony that was memorably featured in the Disney film ”Fantasia.” The Sorcerer’s Apprentice was filmed live in London earlier this year and originally set to open in January. Due to the COVID-19 pandemic and additional lockdowns in England, producers made the decision to bring the ready-to-perform show to audiences through a streaming production.

The Sorcerer’s Apprentice is the latest streaming option with Starlight@Home. With affordable tickets sold per household per show, Starlight@Home features a number of planned virtual shows that not only bring entertainment into patrons living rooms, but also support Starlight. In addition to shows to WATCH, Starlight@Home consists of EXPLORE and LEARN initiatives as well. In the EXPLORE section, patrons will find links to a number of recorded performances including Broadway productions, concerts and podcasts that are available to stream for free. Starlight encourages everyone to check out the LEARN section for a number of free, educational theatre resources for students and theatre fans of all ages.

The Sorcerer’s Apprentice is available to stream on select days March 26-April 11 at specific ticket times. To purchase tickets, visit kcstarlight.com. Tickets start at $25 per household. Once purchased, the patron will receive an email with instructions on how to login to the performance. On the day of the show, they must follow those instructions and will be able to stream when the performance is ready to begin.

Visit kcstarlight.com/starlightathome for more information and to access EXPLORE and LEARN content from home. More shows will be released with Starlight@Home WATCH soon.

Opened as a theatre in 1950 and a nonprofit organization in 1951, Starlight is the largest and oldest performing arts institution in Kansas City and provides inspiring, one-of-a-kind experiences to its patrons. Starlight presents and produces Broadway musicals, concerts and Indoors shows in addition to offering extensive community outreach and educational programming, including classes, scholarships and Starlight’s Blue Star Awards, one of the largest high school musical theatre award programs in the nation.