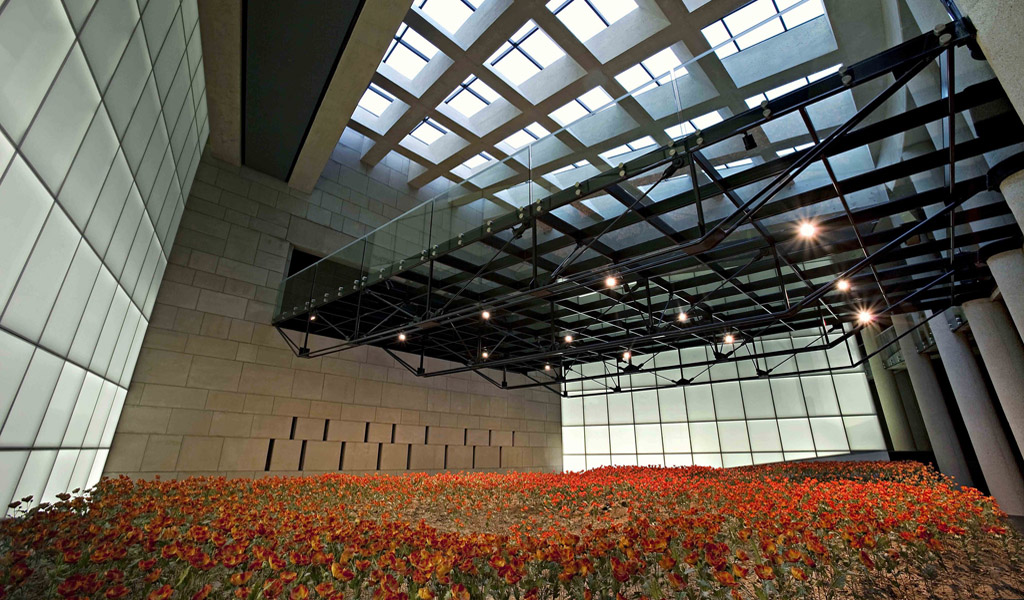 As the commemoration of the centennial of World War I (2014-19) continues, the National World War I Museum and Memorial will honor veterans and active-duty military members with free admission during Veterans Day Weekend, Friday-Sunday, Nov. 10-12, and half-price admission for the general public. A slate of events and activities are planned, including a free, public ceremony on Veterans Day, Nov. 11.

Honoring America’s Veterans: The 11th Day of the 11th Month
Firing on the First World War’s Western Front ended on Nov. 11, 1918 at “the eleventh hour on the 11th day of the 11th month.” After four years of fighting, an eerie stillness fell across the battlefields of Europe. The next day, Allied commander Field Marshal Ferdinand Foch sent a message to the Allied Armies: “You have won the greatest battle in history and served the most sacred cause – the Liberty of the World.”

Celebrating the end of war soon turned to sober remembrance of all who were lost. Armistice Day, officially recognized by President Wilson in 1919, is still observed throughout the world with many stopping for a moment of silence at the 11th hour of this day to honor those who brought about the end of the “Great War.” Known as Remembrance Day in many countries, the poppy is commonly worn and remains the symbol of commemoration originating from Canadian Lt. Col. John McCrae’s poem “In Flanders Fields.”

In 1954, after the return of veterans from both World War II and the Korean War, President Dwight D. Eisenhower signed a bill rededicating Nov. 11 as Veterans Day and encouraged Americans to commit themselves to the cause of peace and to honor America’s veterans for their courage, honor, patriotism and sacrifice.

Discount Admission
When: Friday-Sunday, Nov. 10-12
Where: National World War I Museum and Memorial
What: Free admission for veterans and active-duty military personnel; half-price admission for the general public.

Hope 22: Dark to Light Photo Exhibition
When: Friday-Sunday, Nov. 10-12
Where: National World War I Museum and Memorial Corridor
What: This local photography project’s goal is to raise awareness about our country’s veteran suicide epidemic by showcasing stories of veterans through pictures taken by area photographers. The name of the project stems from a Veterans Affairs report indicating that, on average, 22 veterans are killed by suicide every day.

Vietnam Era Bell UH-1 Iroquois “Huey” Helicopter Display
When: Friday-Sunday, Nov. 10-12
Where: National World War I Museum and Memorial Rectangular Drive
What: The Vietnam Veterans of America Chapter #243 will provide an iconic Bell UH-1 Iroquois “Huey” helicopter for display in the Museum rectangular drive. Guests are welcome to inspect the helicopter, take photos and even climb inside!

World War I Research Stations
When: Friday-Sunday, Nov. 10-12
Where: National World War I Museum and Memorial Corridor
What: Find your connection to World War I during Veterans Day weekend through research stations at the Museum. With access to Fold3.com, Ancestry.com, the Museum’s online collections database, the American Battlefield Monuments Commission and the National Archives, discover how the Great War affected your family through records, photographs and much more.

Day in the Life with Living Historians
When: Saturday, Nov. 12
Where: National World War I Museum and Memorial
What: Living History volunteers will be on site to share stories of the Great War era and make history come to life!

Veterans Day Ceremony
When: 10 a.m., Saturday, Nov. 11
Where: J.C. Nichols Auditorium at the National World War I Museum and Memorial
What: A formal program free to the public includes:

Walk of Honor Dedication Ceremony
When: 2 p.m., Saturday, Nov. 11
Where: J.C. Nichols Auditorium at the National World War I Museum and Memorial
What: Nearly 100 new Walk of Honor granite bricks will be dedicated during a special ceremony featuring a keynote address from Colonel Rick Milligan, USAF (Ret.) and a performance from acclaimed vocalist and veteran Ron Gutierrez.

Hands-on-History
When: 2 p.m., Saturday, Nov. 11
Where: East Side of Main Gallery
What: History is brought to life during this family-friendly program, where kids of all ages are invited to handle Great War artifacts.