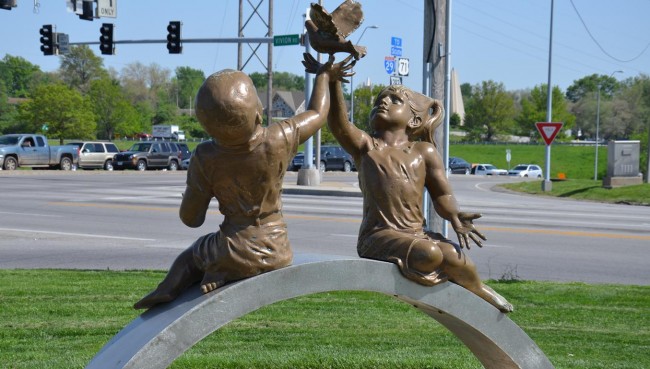 Artist:  Yao Xilai
Dedicated:  October 28, 2000
Medium:  Stainless steel, bronze
Description: A sculpture of a boy and girl sitting on a small bridge releasing a dove.  It signifies the friendship between Kansas City and it’s sister city of Xi’an, China.

The sculptor, Yao Xilai, was commissioned by Kansas City resident Bob Chien.  The first commission of this sculpture was for Xi’an in 1992 and its sister was placed in Kansas City in 2000.  Chien is a major proponent of the sister city relationship between Kansas City and Xi’an and was an official delegate when the Sister City Agreement between the two cities.

It is located on the northwest side of the intersection of Vivion Road and Oak Trafficway on the corner opposite the Northland Fountain. 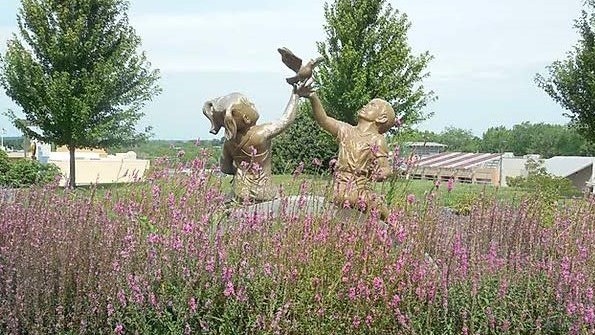