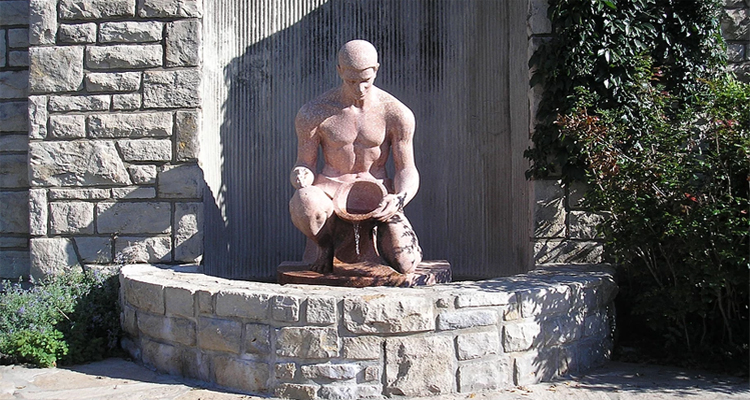 LOCATION:
At north side of Garden Center within the mall area (In Loose Park)

A competition was sponsored by the Works Progress Administration in 1941 to select the sculptor for a fountain for Jacob Loose Park. Jeanette Klein of Kansas City was awarded the commission. She created larger-than-life-size figures of a man and a woman in clay, which were placed in semicircular niches on the south wall of a service building. They were unveiled during the 1942 Rose Day celebration. In 1946, the original clay sculptures were replaced with stronger versions of the same forms, made of cast concrete with marble aggregate. The kneeling figures each hold bowls from which water trickles into small basins at the base of the niches. Over the years, the sculptures have been nicknamed “Lady & Gent” or “Adam & Eve,” though there is no evidence that the artist gave the work a specific name.

The artist, Jeanette Pelzerman Klein (1896 – 1980), was born in Poland. She moved to Kansas City in the early 1900s, and married Samuel Klein in 1917. She studied at Kansas City Art Institute, and later taught there in the 1940s. She worked in a variety of artistic media and was an active sculptor until shortly before her death. Her work was featured in Life Magazine. She is also the sculptor of the Mary Fraser Memorial Drinking Fountain located at the Kansas City Zoo. 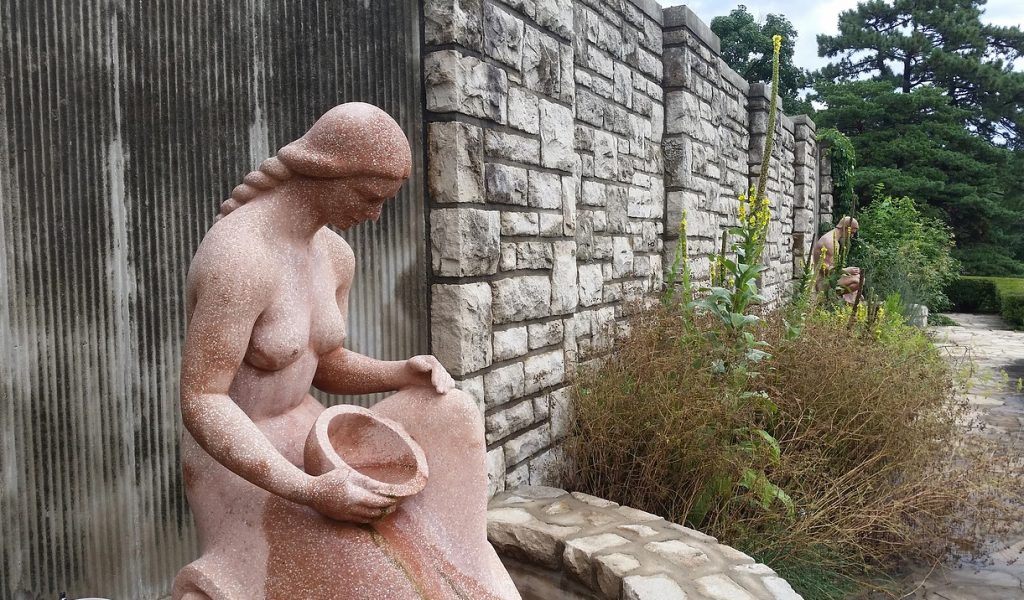