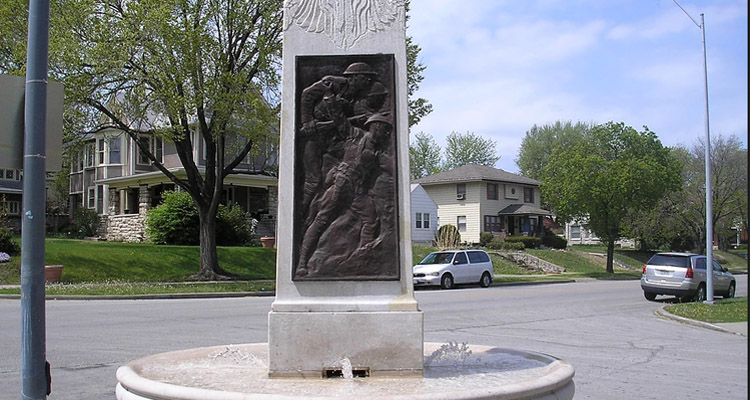 Description
In 1921 the American Legion installed a large, decorative drinking fountain honoring the WWI deceased on a small island located in the intersection of three streets – 9th Street,Delaware & Main Street.

The pipes supplying the spigots on each side of the shaft burst during the first winter in Kansas City and were permanently turned off.  In 1958, when the city began a downtown redevelopment project, this fountain was moved to the intersection of Van Brunt Boulevard and Budd Park Esplanade. The pedestal fountain consists of a circular base, saucer receptacle and a rectangular shaft which rises to a height of six feet. Four eagles are carved into the corners at the summit. Two bronze plaques illustrate soldiers on one side and sailors on the other. The artist, from Topeka, Kansas, became Professor of Sculpture at the University of Southern California.

Inscription
One lists the local American Legion posts and the other bears a quotation from Teddy Roosevelt: “All daring and courage, all iron, endurance or misfortune, all devotion to the ideal of honor and glory of the flag makes for a finer and nobler type of humanhood.” 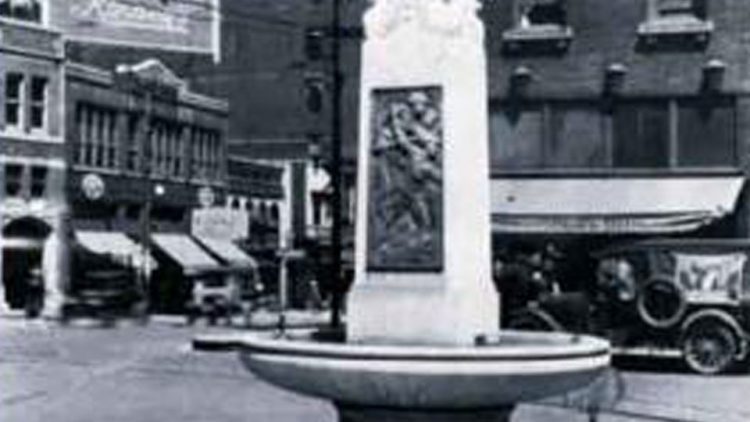