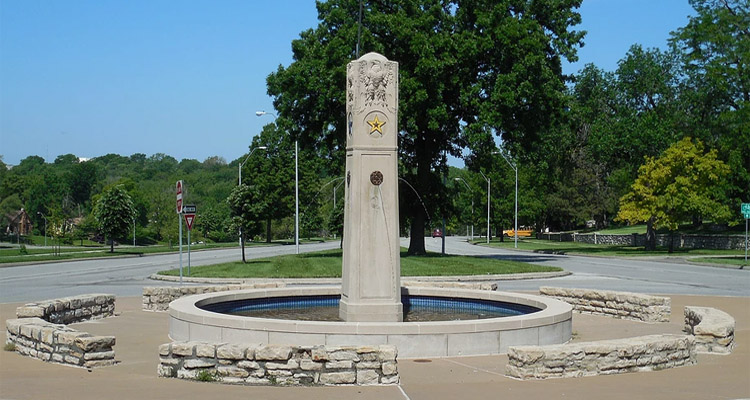 LOCATION:
The Paseo at Meyer Blvd.

Artist/Designer: Edward Buehler Delk
Installed: 1942
Description: The simple form of this fountain is rich in meaning. It was dedicated in 1942 to those who had served in World War I.  Each side of the central  18′ limestone obelisk is marked with a metal star, except the west face which has the War Mothers’ emblem and the the years 1917 and 1918 inscribed. The south face has a blue star that is dedicated to those who served, the east face has a gold star symbolizing those who died in the war and the north face has a white star for those who were wounded. Each of the starred sides also has a military sabre inscribed on the face underneath the star. On each side of the obelisk at the top is an eagle carved into the stone. 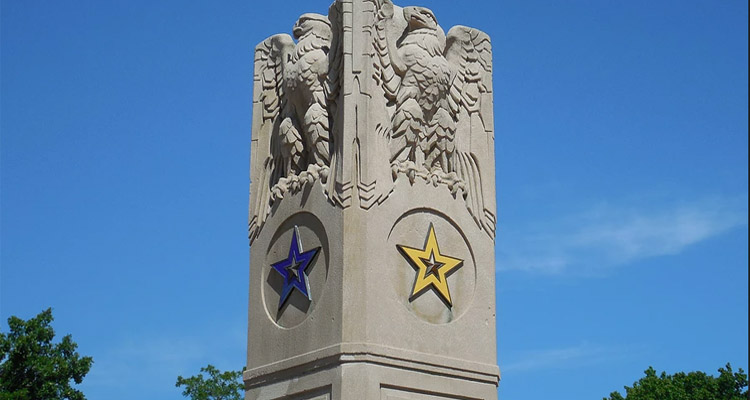