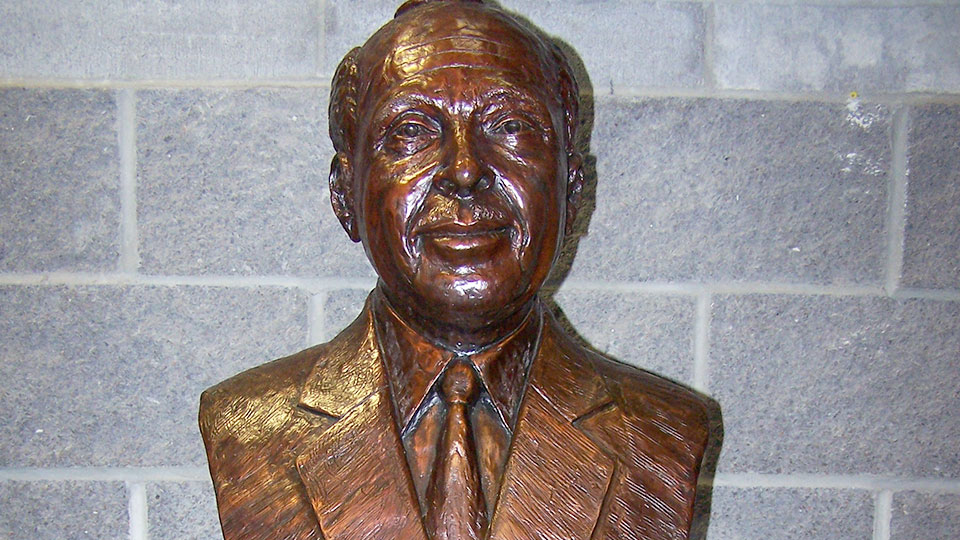 William Arrington Bubble Klice was born in Newport, Arkansas on October 14, 1908. He moved to Kansas City at a young age and attended Lincoln High School. He was united in marriage to Myrtle Allen on December 23, 1945. At this time, his name was legally changed to Arrington Bubble Klice. In 1945-1959, Bubble managed and trained professional boxers. In 1968, he assumed the position of Executive Director of the Coaches Council.

In 1982, he received the Hall of Fame Award for his service in the Golden Gloves Association of America. November 8, 1997 saw the dedication of the new Gregg-Klice Community Center located at 17th & Paseo Boulevard.

This bust of Mr. Klice was created by Ed Dwight and installed in 2008.