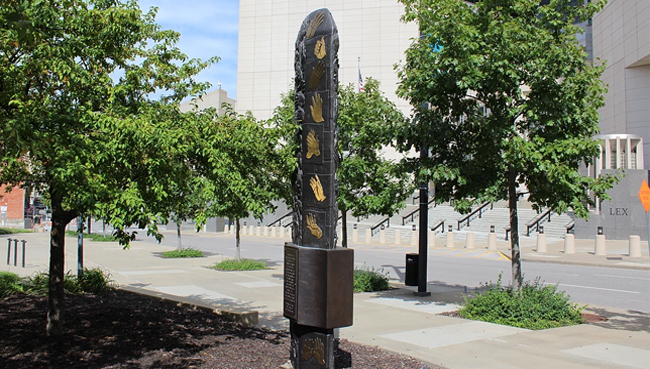 Description: A bronze Bill of Rights plaque was presented to the United States District Court in conjunction with the bicentennial of the United States Constitution.  After receiving the plaque, the Court began an effort to determine the best way to display the plaque.  The artist, Kwan Wu, became aware of the project through the wife of Judge Scott O. Wright, who was a student of the artist at the time.  Kwan Wu is an immigrant and naturalized citizen from China and so the rights granted by the Bill of Rights and the Constitution were of great importance to him.

This 14-foot tall bronze monolith is curved on the sides and the top and is located in the northeast corner of Ilus W. Davis Park, across the street from the United States District Court Building.  The Bill of Rights plaque is mounted on the north side of the sculpture facing the courthouse.  A dedicatory plaque is on the south side of the sculpture facing the park.  The monolith features 50 pairs of “hands of freedom” that were modeled by actual individuals to represent the fifty states and all Americans of all ages, races, genders and religions that helped create and continue to impact the Bill of Rights, the building block of the United States Constitution.

The work was commissioned by the United States District Court and funded by donations from the judiciary and attorneys.  Many legal, judicial and political figures, including Caroline Kennedy, attended the dedication ceremony. 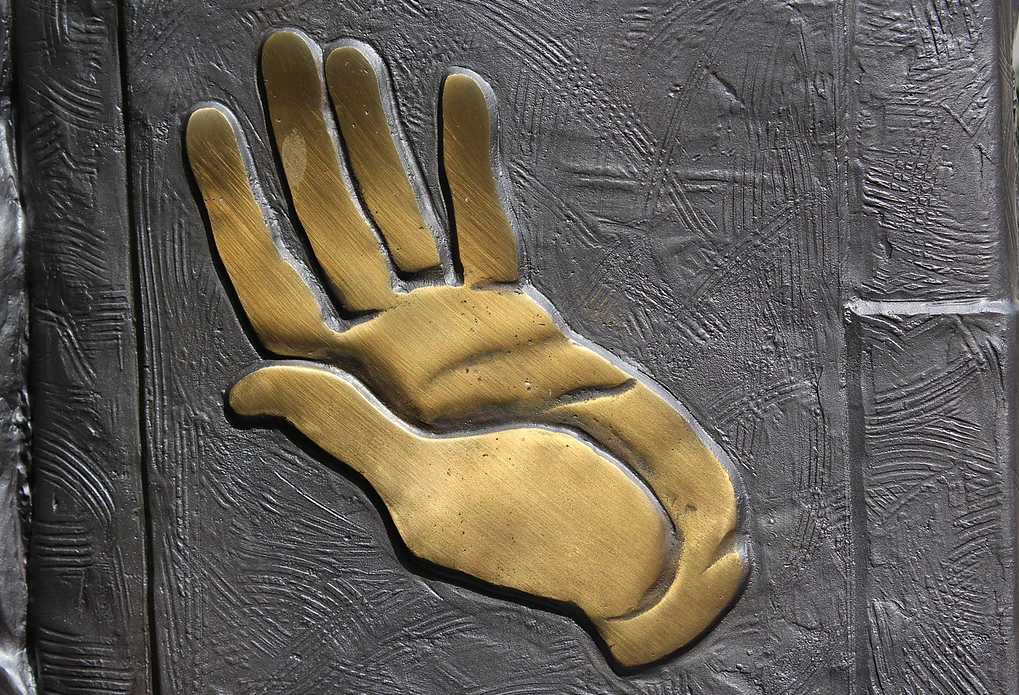